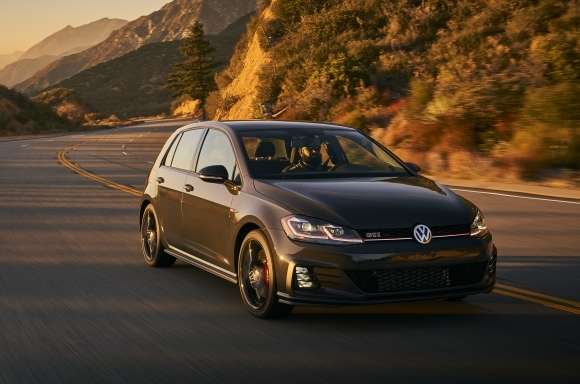 According to a report in Automotive News, Volkswagen has told its dealers that there will only be two next-gen Golfs sold here, the GTI and the R-Line.
Advertisement

When Volkswagen introduced the next-generation Golf line a few months back, there was lots of excitement swirling around it. Golf enthusiasts looked at the number of vehicles in the lineup and undoubtedly smiled broadly.

The reason for the smiles was a vehicle like the Golf SportWagen. It was practical, yet exciting because it had lots of cargo space, while it also handled like the Golf line, very nicely. And, there was another model that won’t appear here, the base Golf MkVIII. That hatch offers great handling, while also saving buyers a bunch when they seal the deal.

You’d think that both sides of the Atlantic would be getting the same lineups. However, America’s offerings will consist only of the GTI and R model Golfs. Automotive News, the industry’s leading trade paper, confirmed the Motor1.com report.

Automotive News recently said Volkswagen told its dealers about the change in Golf availability plans. The same story, quoting “people familiar with the automaker’s “suggests these [Golfs] won’t go on sale in the United States until the end of 2021 as 2022” model year vehicles.

Alltrack May Not Make It Here, Either

The automaker has been silent about the Alltrack’s transition. However, it is quite likely that since the Golf SportWagen is a no-show in this market, the Alltrack will be a no-show, too.

Canada may come into play at least with the base level Golf. The standard Golf is VW’s best-seller in Canada. Dealers there, Automotive News pointed out, aren’t likely to give up their best model so easily. For that reason, alone, they are likely to lobby the automaker into keeping the base-level Golf. This will likely have an impact on the U.S. market; a source told the auto trade journal. If Canadian dealers receive the standard Golf, it is likely that the U.S. will, as well.

E-Golf Likely Won’t Make It, Either

One Golf model that won’t see another generation globally will be the e-Golf. With VW setting the I.D. 3 as its standard electric hatchback, it is more than likely the e-Golf is done. VW has said it will sell at least two plug-in versions of the best-seller, but, no one can predict if the U.S. will receive either of them.

One last item notes the Automotive News article is that VW plans to source its next-gen Golf lineup through Germany. Currently, the Golf assembly line is in Puebla, Mexico.