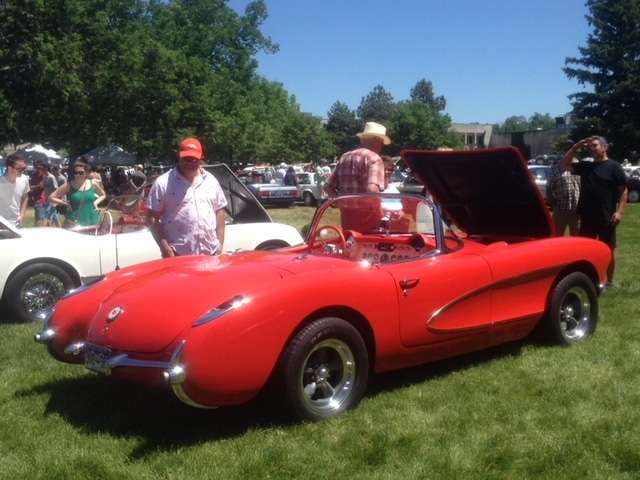 Why You May See More Collector Car Events This July.

It is time to fire up that classic Chevrolet Corvette and show it off. The Specialty Equipment Manufacturers Association is reminding everyone that July 13, 2018, is Collector Car Appreciation Day. I have never heard of it but apparently the Collector Car Holiday has been marked each year since 2010. According to SEMA there is a U.S. Senate Resolution recognizing that the “collection and restoration of historic and classic cars is an important part of preserving the technological achievements and cultural heritage of the United States.”

A Holiday for All Who Love Cars

There are millions of antique, classic and collector cars in the U.S. In fact, 40,000 of them gather, in the metro Detroit area, on the third Saturday in August, for the DreamCruise. There are thousands of car shows nationwide all summer long. SEMA is encouraging all collectors to organize events, especially in July, to celebrate automobiles and their heritage. SEMA will advertise your event on its website and even help you with sample flyers to help you publicize your gathering.

This will be the ninth year of organized events nationwide celebrating the hobby’s holiday. SEMA believes that everyone should recognize the “integral role collector cars have played in fostering our nation’s appreciation for the automobile’s unique historical place in our history.”

In a video explaining the commemorative day, Gary Brown, an auto enthusiast, says he has been involved with organizing events every year for the celebration. Brown says “It’s all about the cars, but it is really all about the people you meet along the way.”

A Wide Range of Collectible Cars

While performance cars and muscle cars are often considered the most collectible by baby boomers, any vehicle can be a collector. There are no hard and fast rules for collecting. Many cherish the vehicles that make them feel young again. Often, people buy and restore a vehicle similar to the one they had in high school or college. Many people replace the car that they had to sell ‘back in the day’ because they needed to buy a sensible car to raise a family. Some vehicles, like old Chevrolet Corvettes and Jaguars are collected for their beauty. Muscle cars, like Chevrolet Camaros, Ford Mustangs and Dodge Challengers represent speed, power and fun. For many, cars represent a person’s first taste of freedom. Some say classic cars remind them of their younger days, when everything was easier and they had few responsibilities.

The Classic Car Club of America was established to honor vehicles that are much older than the muscle cars of the 60s and 70s. The CCCA considers a classic a "fine" or "distinctive" automobile, either American or foreign built, produced between 1915 and 1948.

Car shows and events are now a great way to meet people who have similar interests. Most who collect cars cherish them. They have the time and income to take care of the vehicle. In the last few years, classic trucks have also been big collector items. Just flip through the channels on your television and every weekend you see a different Mecum or Barrett-Jackson auction with classic cars drawing huge prices.

It makes sense that SEMA would promote a Collector Car Appreciation Day. SEMA is a trade association made up of manufacturers, distributors, retailers, publishing companies, auto restorers, street rod builders, restylers, car clubs, race teams and more. It also makes sense that the country that helped put the world on wheels would celebrate more than 100 years of American ingenuity.