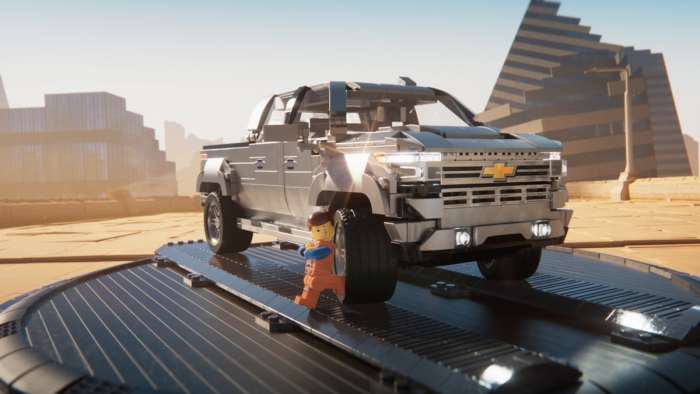 Chevrolet is releasing a new ad campaign featuring the 2019 Chevy Silverado and the LEGO 2 movie. Here's why Chevy believes the tie-in will help.
Advertisement

I wondered why Chevrolet was featuring a full-size 2019 red Chevrolet Silverado built out of LEGO bricks at this year’s round of auto shows and now we have our answer. The LEGO Silverado took 18 Lego Master Builders 2000 hours to assemble, using 334,544 LEGO bricks. It debuted at the North American Auto Show in Detroit and will also be featured at the Chicago Auto Show. 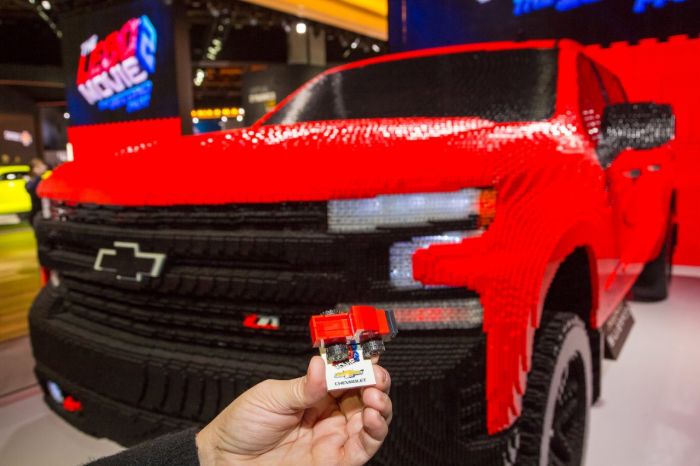 Now Chevrolet is debuting new advertisements that will run on television, on social media and in theaters, promoting both the 2019 Chevrolet Silverado and The LEGO Movie 2: The Second Part. The movie debuts February 8th, which is perfectly timed to coincide with auto show season. In the ads, Emmet and Lucy escape from aliens in a Silverado 1500 High Country made of LEGO bricks.

Paul Edwards, from Chevrolet marketing, says they are using the cross-promotion to reach out to children. “From Emmet’s custom High Country to the real-life Trail Boss that inspired the full-size LEGO brick model, we have a Silverado for everyone — both LEGO mini-figures and everyday drivers. The new ads are a fun addition to our Silverado campaign and will hopefully attract the next generation of truck buyers to Chevrolet.”

While Chevrolet is promoting the movie in its ad campaign, movie goers will also see the Chevrolet Silverado 1500 High Country highlighted in the animated movie.

In this sequel, Emmet, Lucy and their friends from the blockbuster “The LEGO Movie” reunite to save their beloved city from a new threat and journey to unexplored new worlds.

The ads featuring Emmet, Lucy and the LEGO Silverado will run on Facebook, Twitter and Instagram. Surprisingly, at this point, Chevrolet says the LEGO Silverado is not available for purchase. Chevrolet has even created a website where they feature the LEGO characters talking about the Silverado. The website quotes General Mayhem as saying "I have to admit, they were actually pretty hard to catch in the Silverado. I didn’t expect it to be so tough."

The ad campaign is expected to run through the first half of 2019. The LEGO ads will also run in Spanish is some markets.

“Chevrolet is once again thrilled to be working with Warner Bros. to integrate the brand and one of our most iconic products – Silverado – into ‘The LEGO Movie 2: The Second Part,’” said Sandor Piszar, director of Chevrolet Truck marketing. “The themes of determination and teamwork in the new movie align perfectly with our Chevy brand values and we are sure that the all-new Silverado has the features, technologies and strength that would help Emmet, Lucy and their friends as they take on exciting new challenges.”

I’m surprised that the LEGO Silverado is not yet for sale. I would imagine that will change if there is a big demand.