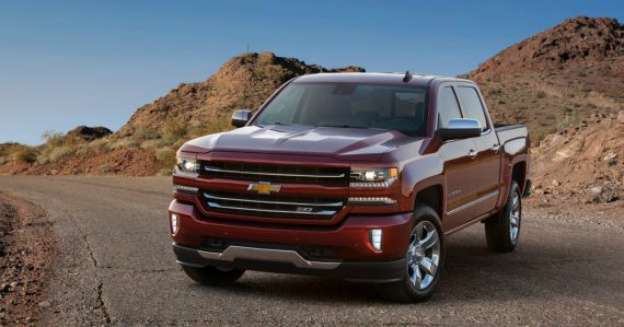 An owner of a new 2016 Chevrolet Silverado Z71 is warning others against getting a "lift kit". He says even though it was installed at the dealership, it has apparently voided his truck warranty.
Advertisement

It seems that you see trucks with “lift kits” everywhere. But a Texas driver has a dire warning for owners who are considering making major modifications to their new rides. David, from Austin, posted on a truck forum about his 2016 Chevrolet Silverado Z71.

He had a 6” BDS lift done at his dealership. When he went off-roading he hit a bump and then got a major surprise. “Side Curtain Airbags go off. Now, over a month later, and having had the truck photographed twice, and inspectors pull the data they can, I'm being told the claim will be denied due to the aftermarket parts on the truck. I'd had the dealer do the lift through a vendor I chose, and apparently that's enough of a loophole for me to not be covered. Apparently a 6" lift raises the center of gravity enough that a mild bump makes the computer think the damn thing rolled over.”

David is furious because the dealer didn’t tell him that the change would void his warranty.

Other drivers are surprised “I just find it hard to fathom that the lift / tires caused is the sole purpose that caused the sensor to go off. The height has nothing to do with the bags. Curious to know OP, which air bags deployed? Left side? Right side? Both? All?”

Another suggested he contact the ‘lift kit’ company, “ Did you know that BDS offers factory protection plus, it's free to the original purchaser and it gives you a limited 5 year 100K mile powertrain warranty..??..might be worth looking into.”

It appears contacting BDS wasn’t much help. The complaining owner, David, replied. “Yep - and it covers drivetrain only. Not airbags that go off from a mild bump in a field.”

A Tennessee truck owner wonders if the dealer damaged the truck while making the modifications. “I would be doing some serious research on EXACTLY how the airbag system works and EXACTLY where the sensors are at and EXACTLY the wiring runs. If the so called "Bump" was as small as you say then I would suspect that your lift installation damaged a sensor or pinched a wire etc. Maybe your truck fell off the lift and the installer failed to mention that to you?”

Some Chevy truck owners on the forum were less sympathetic saying that they know any changes could void the manufacturer’s warranty. Dan from Canada says, “Truthfully, they can nail us for any modification or repair, even if factory parts are used they can make accusations that the repair wasn't done properly by a non approved shop/person. Myself and anyone I know that significantly mods our vehicles know that we're playing with fire. We are making upgrades assuming that we're washing our hands of factory support if something goes significantly wrong.”

Another enthusiast says, “GM didn't design for those circumstances, so if something goes wrong, it's not their fault. As well, beware of dealership modifications! The dealership is NOT GM. They are simply a authorized franchise that is privately owned and shouldn't be trusted to speak on GM's behalf in regards to modifications. So if you have the dealership do any performance and suspension modfications that they say are warranty 'legal', thats between you and the dealership, not you and GM. A good dealership or performance shop that values customer service would simply do the repair and eat the cost themselves.”

Some of the replies got rather heated, with many of the other owners telling David that he should either file an insurance claim or pay for the repairs. Most said they were aware that making modifications could void their warranty coverage. David re-iterated his original point, “If nothing else, this serves as a warning to others that YES, A LIFT VOIDS YOUR WARRANTY.”

Glen wrote on November 3, 2017 - 4:21pm Permalink
All, it is truly unfortunate that Chevrolet is unable to design a truck that will accommodate lifting and not void the warranty. I love my 2016 Silverado, that said I would not replace it with a Chevrolet due to the ride height. Other manufacturers have much higher riding Trucks that would not blow the air bags hiring a bump.