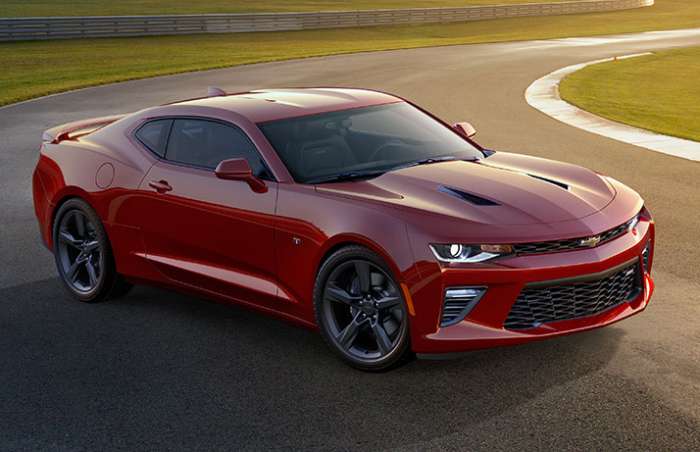 The new owner of a 2016 Chevrolet Camaro 2SS says the cool interior lights aren't working properly. You are supposed to be able to switch the colors of the ambient lights to personalize the car, but a bug in the system apparently makes them disappear.
Advertisement

The owner of a 2016 Chevrolet Camaro 2SS reached out to members of a Chevrolet Camaro forum about a problem with his new car’s interior lights. Ty asks “Has anyone else experienced any issues with the interior spectrum lighting? It will only work for me when it goes through the show mode when the car is parked. It will cycle through the different colors. When you are driving the interior lighting is not visible, or is off even when you change the modes of driving. Also when you get into the lighting system on the radio it does not display any of the icons to change modes or lighting pattern. It is a blank screen when you enter the lighting setting. I turned the car off multiple times to see if it would reset. I also did the factory reset on the radio and it did not change anything. Today was the first time I drove the car.”

It is a cool feature. The Camaro owners are able to choose from several colors so that they can personalize their vehicle. At first, other owners just thought that Ty had it set incorrectly. Al, from Las Vegas, says, “You have it set to show mode, so it only shows when parked. You need to click on the 'link to drive mode' or select a color. “

Speed, from Indiana, says it has happened to him as well. “Mine did this same thing last night. The 4 lighting options (turn lighting off, show mode, led strips and driving mode) were not available, and just the bottom menu item to select colors was available but gave an error when selected. I stopped to fuel up and when I restarted it, everything was back.” It sounds like Speed was lucky that his system restarted so quickly.

Ty says that his interior spectrum lighting finally reset and started working correctly. “Mine after a few starts starting working fine again. I'm going to chalk this up to just a software glitch.”

Little, from California, says it has been a persistent problem for him, with his 50th Anniversary SS. “This has happened to me several times within the first week of owning this car. Not cool for how much this car costs...Anyone know of a fix yet?”

Nate, from Charlotte, also has the 2017 50th Anniversary Camaro and he is not happy. “Mine does the same thing when I use remote start feature. Click on lighting menu and nothing pops up. Can't change color or put into show mode or anything. If I shut off car for 15 mins and start up using push start it works. Sometimes I'll have to turn on/ off 2-3 times. Hopefully yours starts working again, and hopefully GM will fix these software issues!!”

Little posted on the forum asking for help, because the car worked just fine when he went to dealership to have it fixed. “Anyone have the best way to replicate this issue, service center is asking me to show them what's going on.”

Several drivers mentioned that the bug appears most often after the driver uses the remote start feature. A Virginia driver made this suggestion. “The nature of bugs... sometimes they are hard to replicate. For me, the only time it has ever shown up is when I have used the remote start, and then it only pops up every so often.”

I haven’t seen anything else written about this particular flaw in the Camaro system. Hopefully, Chevrolet will have a fix for the fault fairly soon. If you see a TSB or repair fix posted, please let me know.

Chris wrote on September 15, 2017 - 9:40pm Permalink
Can you people actually post a solution, tired of reading all of your stories with no answers. I am going to dealer tomorrow to get a real answer to this problem.
Mary Conway wrote on September 16, 2017 - 11:52am Permalink
Please let me know what you find out! I will be more than happy to post the solution!
Gerald Sloan wrote on January 13, 2018 - 4:07am Permalink
Same problem. Can only get one color. All of the icons for various color options disappeared except for light strips option, but when i hit that button I get error message that lights do not work in this mode. Not good to have this problem on a new car so soon. Tried resets to factory settings and several restarts but no fix. Called dealer and they have no solution or even any kind of suggestions.
Steven wrote on June 18, 2018 - 9:25am Permalink
My 2016 Camaro 2ss constant problems put fuel in the other day fuel gage went out and passenger side a/c stops working sometimes and Vibration sometimes in rear I’m starting to think trade in.
Charlie Calhoun wrote on February 26, 2020 - 11:29pm Permalink
I had the same problem. My dealer reflashed the radio software and I haven't had any more issues