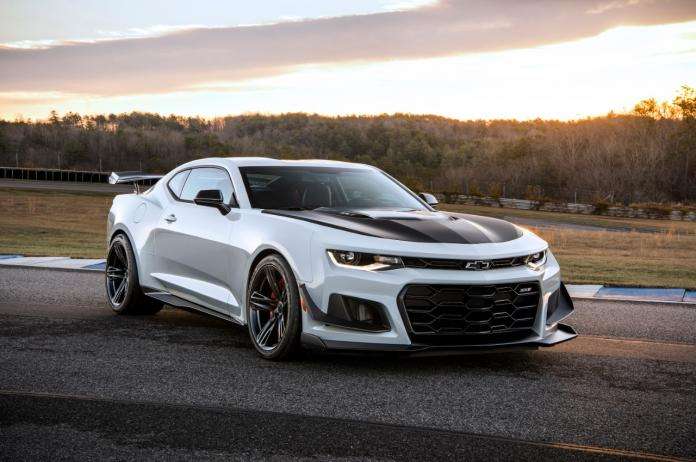 The question was posed to members of a popular Camaro forum after a driver had trouble getting the navigation app Waze to function on his 2017 Chevrolet Camaro. Other Camaro owners share their tips for getting around the connection road map hazards.
Advertisement

A 2017 Chevrolet Camaro owner, from St. Louis, raises the issue about the popular navigation app called Waze. Insanity writes, “Anyone else experiencing an issue with trying to use Waze on the head unit for Android Auto? All of the functionality seems to be there, but my GPS location never changes while I'm driving. I tried it just using my phone and it works fine on there.”

Insanity is using an Android phone to make the connection but it appears others drivers have had problems on other devices as well.

Moto, from Massachusetts, says, “I've had it happen. Disconnect the phone, close the app, then start it again. If that doesn't work, reboot the phone.”

Red2SS uses Waze to navigate, in Texas. He says, “Works fine for me. I'm using an LG V20. Waze runs consistently since I upgraded from the beta apk. I am disappointed that there is no speed limit readout, but I understand that it's coming. The map image did lock in place for me once. I switched over to Google Maps for about 5 minutes and when I switched back, it was normal again. Great to have both options at the tip of my fingers. I really prefer the look and feel of Google Maps, but I run Waze more often because of the hazard, traffic, and police alerts.”

Head unit not compatible with iPhone

The police and traffic alerts are why Waze is one of the fastest growing apps for drivers. The app uses information, from other drivers, in realtime to give warnings so the info is usually more current than other mapping apps.
Red 2SS also adds that Waze won’t work on the head units if it is connected to an iPhone. “Waze will not project from iPhone to Mylink anytime soon. Apple has not authorized the app and probably won't.”

Moto says his Waze gets confused every now and again. “My Waze occasionally loses its mind and doesn't show where I am correctly. This usually happens after the phone has been inside my work building, which is metal so there is no cell signal, and I'm on wifi all day. I find that a phone reboot fixes it.”

Mark, in Detroit, says he has had similar problems but a reboot usually helps. “Mine does this like once a week. From what I have discerned, it is from a slow data connection or if I'm still connected to my wifi and then drive away. Restarting the app and unplugging phone and plugging back in normally works. When it works, Waze is great. I have had a few other bugs, the one that really bugs me is that when a hazard is ahead the ability to press thumbs up or not never displays or appears only for like a half second.”

Insanity appears to have figured out what caused his problem and how to avoid it in the future. “I figured out what the issue was. My phone was in a power saving mode and apparently that causes GPS issues with Waze once it's connected to the head unit. It's strange, because this did not affect Google Maps from working when I was running it through Android Auto.”

These are all great tips to know if you have having trouble getting Waze to operate on the head unit in your 2017 Chevrolet Camaro. Waze apparently can’t work if you are connected through an iPhone. If that’s the case, just use it on your iPhone. If you are using Android, LG or Samsung, you may have to reboot to get the app to function on your Mylink.