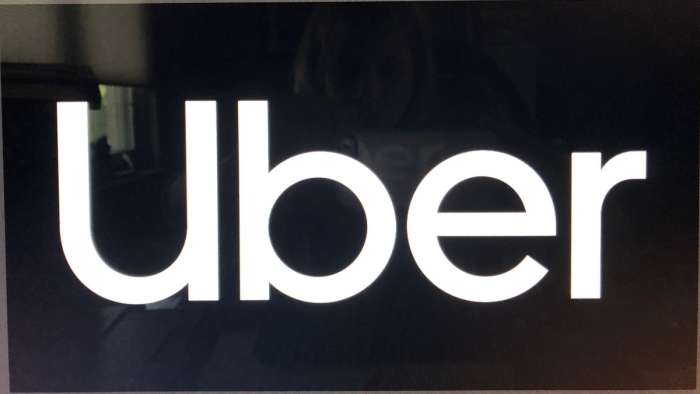 Three Reasons Why Uber is Teaming Up With Mass Transit

It would seem counter productive that Uber will sell tickets for mass transit through its app, but that is the experiment now starting in Denver. We look at three reasons why it could make sense.
Advertisement

Denver is the first city where commuters can book their mass transit rides through their Uber app. The Regional Transit District, Uber and a ticketing company called Masabi announced the new service in a news release. Denver riders will be the first in the world to be able to book RTD tickets through their app and then use their phone to ride the rail or bus services. Why would Uber want to encourage riders to take other transportation? We look at three possible reasons.

Uber wants to be the platform that controls all things involving mobility. It is a fascinating strategy. Uber doesn’t have to buy any of the actual vehicles like cars, buses or trains, but it wants to manage how the riders can interact. David Reich, Uber’s Head of Transit, says in the joint release. “For the first time ever, taking an Uber trip can mean taking public transit. “We are excited to expand our collaboration with RTD and Masabi to make Denver the first city in the world where riders can purchase transit tickets and ride public transit seamlessly through the Uber app. With this step, we are moving closer to making Uber’s platform a one-stop shop for transportation access, from shared rides to buses and bikes.”

Uber already has a huge operation in Denver. Millennials are flocking to the mile-high city and they have been early adapters of all things Uber. Uber Eats is currently available throughout Denver, Boulder, and the Colorado Springs areas. Uber offers its rewards program in Denver. It is the company’s first-of-its kind loyalty program that spans across Uber’s product offerings, including ridesharing and Uber Eats. JUMP e-bikes are also available in Downtown Denver.

Convenience for the Uber Drivers and the Riders

The new service will make it incredibly easy for a commuter to plan a trip, say for example on the light rail into Union Station and have an Uber ready to meet them to take them to their final destination. Bingo! If someone is booking a rail ticket on Uber, they are more likely to take an Uber, not a Lyft or cab, because it is all handled in one app. While the new service makes it more convenient for the riders, it also helps Uber edge out its competition. By keeping the user focused on the Uber app, it keeps the user focused on Uber. Obviously, that won’t be the case all of the time, but it will work most of the time.

The release describes the new program like this. “Buying a transit ticket in the Uber app is easy: After riders enter a destination, they will see “Transit” as an option in the “choose a ride” selector. Upon selecting the “Transit” option, riders will be able to purchase tickets on all available transit options while also having access to real-time schedules and walking directions to and from transit stations. Uber’s menu bar will let users purchase and redeem a range of tickets available on RTD services, including three-hour, day and monthly passes.”

According to the release, buying tickets vis Uber will cost the same amount as through other options. While the end cost may be the same, one can bet that Uber and Masabi are getting some sort of cut or percentage to offer the service. Masabi is the company that runs the ticketing software. Good for them! If it makes it easier for the commuter, it will benefit all of the companies involved.

Convenience is the number one reason that people choose a transit option. How many times do you suppose that a rider will look at the app and decide to just take an Uber the entire way because it isn’t that much more expensive and shaves a lot of time? I would bet Uber is banking on that happening quite often.

Denver’s Regional Transit District or RTD is celebrating 50 years of service this year. It estimates that it provides approximately 100 million annual passenger trips, on its rail, buses and shuttles. If the cooperation helps Uber get better access to some of those passengers, it will definitely improve Uber’s revenue.

Masabi runs mobile ticketing services for 50 different cities worldwide. The deal could help Uber boost its coverage in cities like New York and London. While Denver is the first city to offer the mass transit ticketing through the Uber app, Masabi says it plans to expand to several other cities soon.