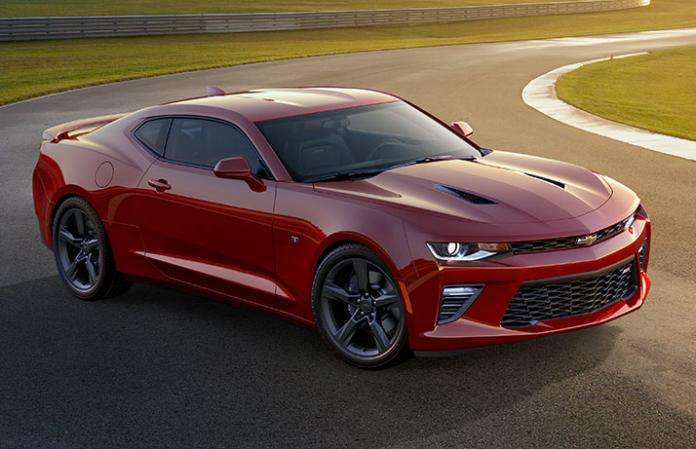 The owner of a 2016 Chevrolet Camaro 1SS reached out to members of a popular Camaro forum for help on finding the best guards to protect his beautiful paint finish. Owners had three major recommendations.
Advertisement

The owner of a 2016 Chevrolet Camaro 1SS is concerned about protecting the beautiful paint job on his performance car. There is a lot to consider when purchasing this sort of aftermarket add-on? Can you find ones to match your car exactly? Will they look weird? Are they wide enough to actually protect the paint. No one wants to put something tacky looking on an expensive vehicle.

The Phoenix driver asks, “Who makes the best rock guards for these cars? I was looking at the zl1addons or the Rpi ones. My two biggest concerns are not being gloss so they match the satin color there and that they are large enough to do their job.”

The drivers who responded have definite favorites for different reasons.

A number of owners listed the ZL1 Addons as their favorites. This Maryland driver says, “I have the ZL1 addons and am happy with them. They are a matte textured finish, not a perfect match for the 1LE satin but not very noticeable. The spacers to install the rear guards are a little too long in my opinion leaving a slight gap. I plan to trim them and maybe add some additional double sided tape to the rear.”

A quick check of the ZL1 Addons website finds that the company makes rock guards for most performance vehicles, including several generations of Camaros. They also provide rock guards for Dodge Challengers and Ford Mustangs.
AJ has a 2017 Camaro SS 1LE and says, “Ordered the ZL1 Addons guards before I even took delivery of the car & installed them as soon as I got home. While they do a good job of protecting the area directly behind the front wheel, I'm still getting chips on the rear of the rocker & panel directly above it after 8700 miles. I think the fronts need to be bumped out another 1/4" - 3/8" of an inch. Will be trying this out shortly.”

Eric, who drives a 2016 Camaro SS, says, “If you are concerned mostly about protecting your paint (especially the front of the 1/4 panels) then the only way to go is ZL1 add ons deluxe. They do a pretty good job.”

By far, most of the owners preferred the look of the OEM splash or rock guards. They are more expensive, but they are already painted to match the vehicles, so they don’t look like an aftermarket add on. Unfortunately, they don’t appear to come in every color. A quick check of one website finds they are about twice the price of the ZL1 addons. ZL1s are running about $50 a pair, OEM guards are about $105 a pair.

Al says, “I like the OEM ones the best. They aren’t the largest, but they colour match and look factory. They also are a very secure fit, so no worries about them flying off.”

Boy, from New Foundland, likes the look of the Chevy ones the best. “OEM GM ones here. They really fit in well with the car and do not look like something add on. The GM splash guards extend over the edge of the fender/rocker which gives them the nice fitted look.”

AZ adds, “I can say without hesitation that the GM ones do, in fact, do a damn good job. I have a rash of stone chips on my rear quarters from driving the car without them for the first 600 miles. I haven't got any since I put them on at that point.”

Of course it would make sense that the ones from the manufacturer fit the best and look the nicest. It is unfortunate that they are pricey.

The most affordable rock/splash guards of the ones that were recommended come from RPI Designs. They are not as curved or form fitting as either of the others, but they appear to do the trick. A check of the RPI website finds that a deluxe set for all four tires runs about $70. While a couple of the owners mentioned the RPIs, none of the owners appeared to favor them.