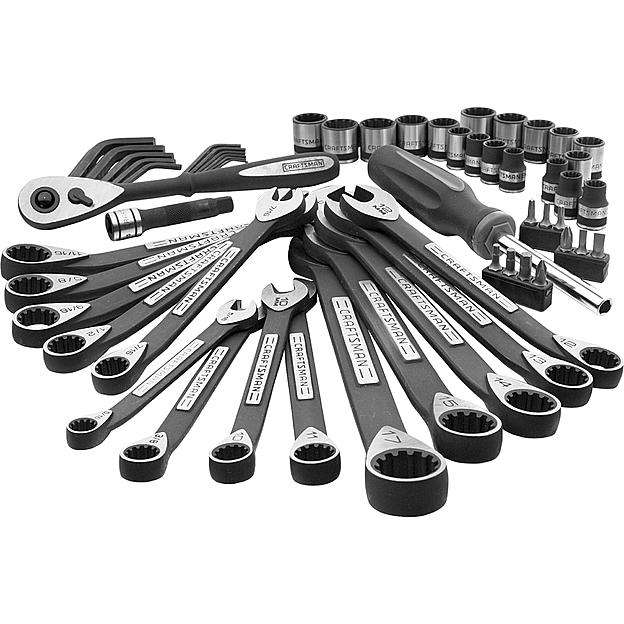 In an attempt to keep itself out of a death spiral, Sears has sold one of its key brands. Pretty much anyone who has ever worked on a car or truck has owned some Craftsman tools.
Advertisement

Sears has been the go-to place for home mechanics for generations. You could always finds a Craftsman tool in the right size, and it would more than likely last forever. Now Sears is struggling to stay afloat and it has sold off one of its primary brands.

Sears announced it is selling Craftsman tools to Stanley Black and Decker. This may potentially be great for people who love Craftsman, because according to reports, Black and Decker plans to make the Craftsman brand more available, not less.

Right now about 90 per cent of items sold in the Craftsman name are sold through Sears. Black and Decker plans to market them through more outlets, like big box stores.

Sears has been struggling for more than the last decade. It recently announced that it is closing 150 more of its Sears and Kmart stores. It has been a tough year for all retailers but Kmart has become less and less relevant in the discount equation, dwarfed by Walmart and Target. Sears has been outpaced by Kohl’s and Macy’s, and even those chains missed projections.

Black and Decker is paying $900 million for Craftsman. Early indications are that the tools will continue to be sold at Sears but will also pop up elsewhere. Quality will also hopefully stay high. No word on what happens to Craftsman’s lifetime guarantee. That was always part of the beauty of the line, if it breaks, just take it back to Sears.

No word yet on the future of Diehard, although Sears is desperately trying to sell Diehard too. In a way, it is kind of reassuring that the Craftsman line has been sold. If Sears is forced to file for bankruptcy or worse yet, disappears, at least now the Craftsman brand has a path to survival. That should keep auto mechanics in business for years to come.