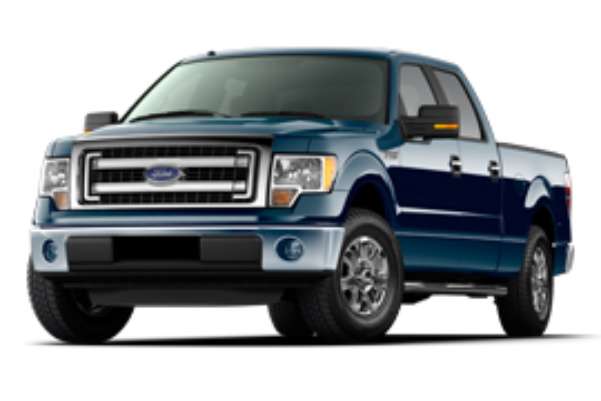 If you are in the market for a used pickup for sale, thousands of 2014 F-150 models are coming available as short term leases are ending. The Ford F-150 has been the best-selling vehicle in the U.S. for decades. We thought we should take a look at the 2014 and see what you might want to be on the look out for.
Advertisement

The 2014 F-150 was the last year that the truck was made of all steel, in 2015, the automaker switched to using aluminum to make the truck lighter. When checking the various review and complaint boards, it appears that the 2014 F-150 fares better than the years that surround it.

A website that monitors complaints for all makes and models finds that there have been 281 complaints made about the 2014 F-150. While some of the complaints and issues are very serious, it is also important to note that the number is very small when you consider that 743,851 were sold.

The majority of the problems reported concerned the vehicles’ brakes. Two recalls were eventually made to correct different issues with the brakes. The larger recall affected 225,000 F-150s from the 2014 model year. An investigation found that a brake seal could fail allowing the brake fluid to leak out. Several drivers lost their front brakes entirely. A separate recall was issued for about 600 of the trucks because the brake lights could fail to go on.

Another 113,000 2014 F-150s were recalled because the front airbags could fail. A problem with the seats caused the sensors to miscalculate when the airbags should be activated.

Nearly 5000 of the trucks were recalled because the power steering could suddenly go out.

Be aware of the four recalls for the 2014 F-150. It is important before you buy any vehicle that you check to make sure any and all recalls have been completed.

The 2014 F-150 came in four engine configurations a 3.5 L V6, 3.7 L V6, 5.0 L V8 and a 6.2 L V8. There did not appear to be any major issues with any particular engine. On different fan forums, drivers love their V8s, although they obviously get less in gas mileage. Towing capacity ranged up to 8000 LBs, depending on the engine and did not seem to garner any complaints.

The National Highway Traffic Safety Administration has received 50 complaints, in total, about issues with the 2014 F-150 engine and drivetrain. The majority of concerns are about the truck not shifting properly or shuddering upon accelerating. No specific cause was noted and no recalls were ever issued.