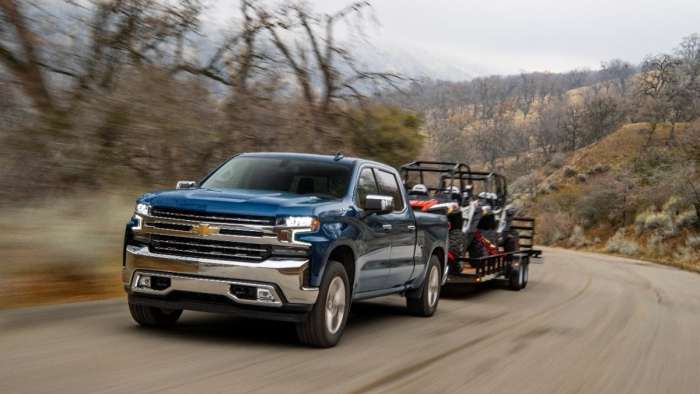 How GM and Ford Are Helping to Fight the Coronavirus

Instead of building trucks like this 2020 Chevrolet Silverado Diesel, General Motors and Ford are offering their expertise to help build medical equipment. We look at reasons why and what may be some of the hold ups.
Advertisement

Both Ford and General Motors have agreed to try and help manufacture ventilators to help in the fight against the Coronavirus. The manufacturers have idled their plants that build vehicles like the 2020 Chevrolet Silverado as the country tries to slow the spread of the respiratory illness known as COVID-19.

General Motors has already partnered with a company called Ventec Life Systems, to try and enable Ventec to increase production of its products. General Motors will lend Ventec its expertise in logistics, purchasing and manufacturing.

"We are working closely with Ventec to rapidly scale up production of their critically important respiratory products to support our country's fight against the COVID-19 pandemic," said Mary Barra, GM Chairman and CEO. "We will continue to explore ways to help in this time of crisis."

Unclear Who Will Do the Manufacturing

It is unclear at this point if General Motors will actually do any of the production work or if its help will be more in the purchasing of needed parts, or in speeding up the supply chain and distribution network. Crain’s Detroit Business reported “It's unclear whether GM is establishing another assembly line at Ventec's production plant or will manufacture the additional ventilators at one of its plants.” GM has been contacting a number of its suppliers trying to spur production of parts for ventilator compressors.

Most vehicle plants assemble the larger components. Smaller parts are typically manufactured by suppliers and sent to the assembly plants where they are installed. It might be difficult for General Motors and Ford to retool their plants for the smaller mechanisms like ventilators. However, the huge corporations have access to hundreds of suppliers that could speed up the availability of parts that are desperately needed.

The CEO of Ventec, Chris Kiple, says in a statement, "With GM's help, Ventec Life Systems will increase ventilator production. By tapping their expertise, GM is enabling us to get more ventilators to more hospitals much faster. This partnership will help save lives."

President Donald Trump has praised both General Motors and Ford for helping in the U.S. effort to boost the production of medical supplies. Fiat Chrysler has reportedly offered to help a plant in Italy make more ventilators. COVID-19 has hit Italy particularly hard. The President tweeted, today “Ford, General Motors and Tesla are being given the go ahead to make ventilators and other metal products, FAST! Go for it auto execs, lets see how good you are?”

Detroit became known as the “Arsenal of Democracy” during World War II, because the automakers retooled their plants and helped the country produce airplanes and tanks for use in the fight. Many of the workers on the line were women, giving rise to the famous “Rosie the Riveters”. Women were pressed into service while their husbands were off serving in the war.

While it is a very patriotic venture to help in the fight against the deadly COVID-19 virus, it is also good business. The sooner the country can get back to normal, the sooner the economy can bounce back from the shutdown. The longer the shutdowns drag on, the longer it will take for vehicle sales to rebound.