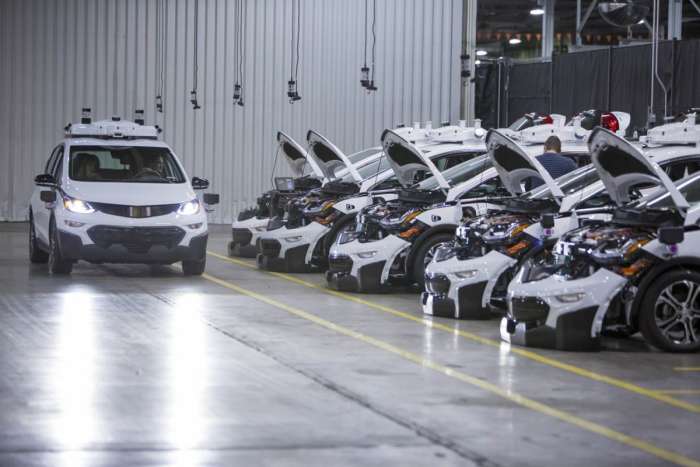 The push for autonomous vehicles is expected to force dramatic changes to the interiors of passenger vehicles.Where would you sit if you didn't have to drive?
Advertisement

Google’s self-driving car looks more like a space pod, with no steering wheel, but does have controls of sorts built into the armrests and room for a computer.

Right now most of the self-driving vehicles that are in testing still have normal looking interiors, because they still have back-up drivers riding along during testing. Most of the humans are prepared to take action if problems arise. But once the technology has progressed to the point that you don’t have to have a steering wheel, how will the interiors be designed?

Nicholas Petouhoff, who works in product development for Adient, an automotive supplier, told AutoBeat Daily that his company expects there will be major changes in automotive interiors in the next three-to-five years. He says that they are already getting questions about future designs from automotive companies. He seemed surprised that the concerns are coming from a wide spectrum of vehicle makers not just luxury brands.

Safety is a Major Concern

Similarly, if a passenger doesn’t have to sit near the instrument panel, where do you put the infotainment system? Where do you place the heating and cooling vents? What good do they do if they end up pointed at a person’s back? How do you safely reach the controls? These are questions that many people have never envisioned. Traditionally, all controls are set up to be within reach of the driver. If there is no driver, where do you put all of the controls to be safe and convenient, as well as fully functional?

Think about it. Where would you position yourself if you weren’t piloting the vehicle? Would you sit upright or lie down? Where would your children or other passengers be? Would the vehicle’s configuration have to be something you could change, depending on the situation?

My husband says he would always sit upright to be able to see what was happening. He is also convinced that there will always be some sort of manual brake or override system that the passenger can use to stop the vehicle in an emergency. I would also like to be able to see what is happening, but I know plenty of millennials who say they would recline or sleep if they didn’t have to drive.

The next big challenge for automotive companies will be designing autonomous vehicles for virtually every possibility, and including all of the required safety equipment.

How would your perfect self-driving vehicle be configured and why? What would be the deal-breaker for you? The National Highway Traffic Safety Administration is expected to monitor all of the autonomous vehicle developments, especially as they apply to the safety of vehicles.The future is coming and quicker than many people expect.