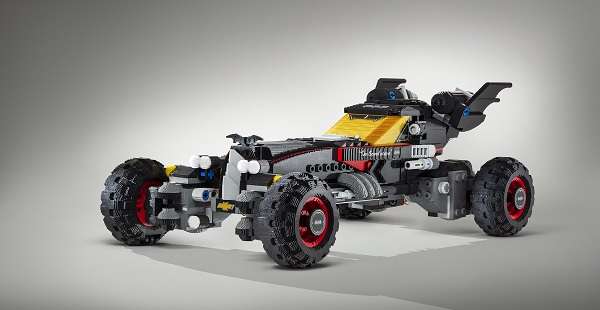 Chevrolet lit up the outside of the Renaissance Center, in downtown Detroit, with the Bat signal before the start of the North American International Auto Show. The caped crusader responded with the debut of a full-size LEGO Batmobile. The LEGO Batmobile is designed to look like Batman’s Speedwagon, in a new LEGO movie.

“To work on the LEGO® Batmobile with Warner Bros. is an absolute thrill for us at Chevy,” said Paul Edwards, U.S. vice president of Chevrolet Marketing. “Many of the themes in ‘The LEGO® Batman Movie,’ like imagination, family and community, align perfectly with our Chevy brand values and add to the value of the partnership.”

The LEGO Batmobile is significant in size. It weighs just shy of 1700 pounds. Each tire weighs over 100 pounds. The frame is made from aluminum tubing and weighs nearly 300 pounds.

LEGO has a history of unveiling new offerings at the North American International Auto show. At this point, the Batmobile by Chevrolet, is not available to buy as a kit. I would expect that would change if the movie is incredibly successful, and the toys are in demand.