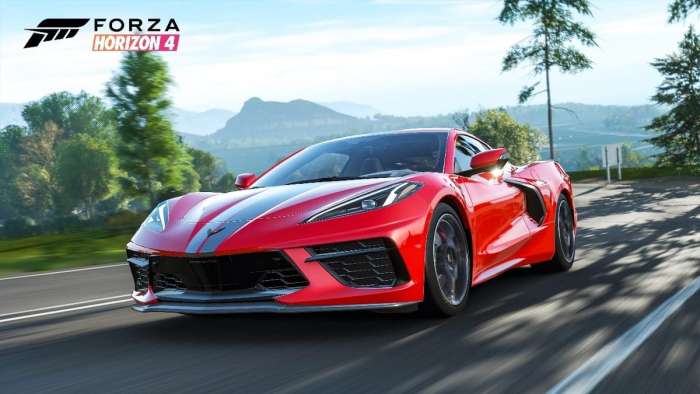 Gamers will soon be able to race the amazing Chevrolet C8 Corvette Stingray. Forza is adding one of the most popular performance vehicles to its gaming systems.
Advertisement

The C8 mid-engine Corvette is one of the most sought-after performance vehicles ever. The existence of Chevrolet’s dream project was rumored for years and finally roared to life as a 2020 model on July 18, 2019. The Corvette has won numerous awards and accolades. Now gamers will have the chance to race the 495-horsepower beast as part of the Forza Horizon 4 gaming platform.

Forza and the Chevrolet C8 Corvette

Forza says it will release the mid-engine Chevrolet Corvette Stingray – one of the world’s most sought-after supercars – on the Forza Horizon 4 gaming platform on Jan. 14, 2021.

According to Forza and Chevrolet, the stunning C8 has been highly requested by gamers. It will join the 400 other high-horsepower models on the platform. The mid-engine Corvette Stingray is powered by a naturally aspirated 6.2L V-8 LT2 engine that produces 495 horsepower and 470 lb.-ft. of torque. It is the most powerful mass-produced Corvette ever.

Forza Horizon 4 is a racing video game developed by Playground Games and published by Microsoft Studios. It is available on Xbox and through Microsoft. The Forza games are known for their life-like car graphics and vivid scenery.

Automakers Love to Have Models Featured

Video games like Forza are important for building brand image. The incredible graphics give players the opportunity to feel like they are actually behind the wheel of the most powerful Corvette ever. The games are so true-to-life that they are often compared to flight simulators. The games hopefully pique the interest of the gamer about possibly owning one of the mid-engine Corvettes in the future. Today’s gamers could easily be tomorrow’s drivers.

The gaming platforms can also drive interest in car racing like the Indy series and NASCAR. Profession racing again builds brand loyalty and draws potential buyers to certain models. Featuring popular models like the C8 Corvette Stingray in Forza is a win-win for fans, Forza and of course, Chevrolet.