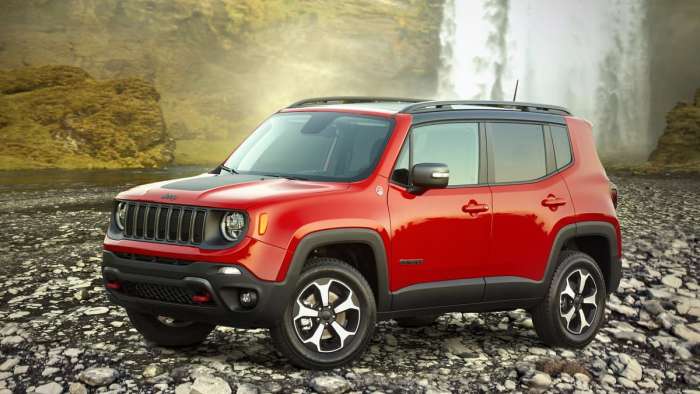 Could Your Next New Jeep Be Built in Poland?

Fiat Chrysler says it is investing more than $200 million to upgrade a plant in Poland. The automaker says it will build Jeeps, Alfa Romeos and Fiats in the plant, including some electric models.
Advertisement

Fiat Chrysler announced in Europe that it is upgrading a plant in Poland to build future models of Jeeps, Alfa Romeos and Fiats. The more than $200 million dollar investment will help the plant modernize and start building some fully electric models. It is expected that all three new models would be smaller than the current 2021 Jeep Renegade.

According to Automotive News-Europe, FCA announced the plans on its Polish website. The plant is in Tychy, Poland and currently produces the Fiat 500 and Lancia Ypsilon. Both are small cars by American standards.

What Types of New Jeeps, Alfas and Fiats?

The production of the new models could begin by late 2022. According to Automotive News Europe, Pietro Gorlier, the head of Fiat Chrysler-Europe says the upgrade is “fulfillment of the promise to strengthen FCA's operations in Poland made two years ago during the presentation of our business plan.”

At this point, FCA is not saying what models will be built at the plant or which ones would be fully electric. It is believed that the vehicles would be newly designed and not something already being built elsewhere by FCA workers. Some European reports suggest that the new models will be built on Peugeot’s small modular platform. It is expected that the Jeep version would be an SUV that is smaller than the current 2021 Jeep Renegade.

Fiat-Chrysler and Peugeot’s PSA parent company are in the final stages of merging. The new company will be called Stellantis. The $38 billion dollar deal is expected to be approved by shareholders in late January. PSA includes Peugeot, Citroen, Opel and Vauxhall.

Would the New Jeep be Sold in the U.S.?

The Tychy plant employs around 2500 workers. According to the Detroit News, nearly all the 263,000 vehicles that the plant produced in 2019 were exported to 58 markets worldwide. FCA is not saying if any of the new vehicles would be shipped to the United States. However, if the new version is truly smaller than the 2021 Jeep Renegade, it might have a hard time finding a market in the U.S. The Jeep Renegade is a subcompact crossover SUV. It competes against vehicles like the Subaru Crosstrek, the Chevrolet Trax, the Honda HR-V and the Ford EcoSport. A new tiny Jeep might find the U.S. field too crowded unless it comes in at a drastically lower price.