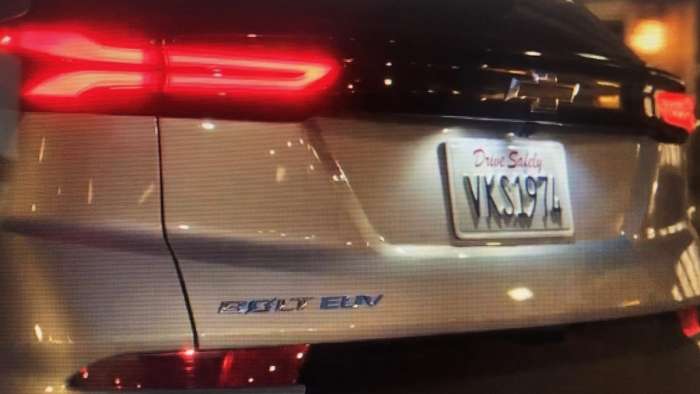 Chevy will unveil the 2022 Bolt and 2022 Bolt EUV at Walt Disney World on Valentine's Day.
Advertisement

General Motors and Chevrolet are committed to releasing more electric vehicles and the 2022 Bolt and 2022 Bolt EUV are two of the most anticipated in their line-up. Chevrolet says we will finally see the new Bolt and Bolt EUV with the help of Walt Disney World on Valentine’s Day.

According to Chevrolet, it is taking the next steps on its journey to a zero-emissions future and teaming up with Walt Disney World to do it. According to the news release, they will “show how magic can take place when the imagination is electrified.” Chevrolet also says that “Realizing the dream of an all-electric future will require more than just technology — it’s about having the desire, imagination and ingenuity to build a better tomorrow.”

Chevrolet has released several teasers about the new 2022 Bolt and 2022 Bolt EUV over the last few months. The Bolt EUV will be the first electric vehicle from Chevrolet to feature the Super Cruise hands-free driver assistance feature. Up until now, the Super Cruise has been reserved for Cadillac and other high end General Motors vehicles.
The Bolt EUV will also have LED daytime running rights. It will also offer what they are calling a Power Flow screen to illustrate and track the electrical use in the vehicle.

From Volt to Bolt and Beyond

Chevrolet really pioneered the electric vehicles, in the Detroit Three, with the 2010 electric hybrid Volt and then segued into the all-electric Bolt. The Bolt EUV is significant because it puts a larger structure on top of the Bolt electric platform. The 2021 Chevrolet Bolt gets an estimated 259 miles on its battery-only range. A larger and perhaps slightly heavier 2022 Bolt EUV might get a little less. We do know that the Bolt is not being built on the all new Ultium battery platform, but at this point, we do not know what kind of improvements have been made to Chevrolet’s BEV2 platform that is currently being used. We expect to find out much more when Chevrolet unveils the 2022 Bolt and 2022 Bolt EUV, on February 14, 2021, at Walt Disney World.

General Motors has promised some 30 new electric vehicles by 2025. The 2022 GMC Hummer EV Supertruck has probably received the most attention. The Bolt and Bolt EUV may be two of the most important electric vehicles because of their affordability compared to the rest of the promised EVs. They are expected to be available this summer.

Tsingshan's Threat to Tesla: EV Maker Is In Battery Crosshairs
Tesla-Funded Research Reveals One of The Biggest Mysteries of EV Battery
END_OF_DOCUMENT_TOKEN_TO_BE_REPLACED