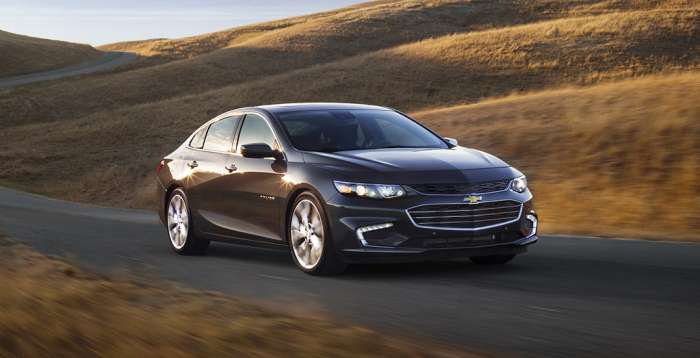 GM is expanding its use of multiple speed transmissions. It will start the transformations with its popular Chevrolet Malibu. The nine-speed is expected to improve the smoothness of the ride and boost MPG numbers.
Advertisement

The new Hydra-Matic nine-speed automatic transmission is important for Chevrolet and the automaker says it will make its debut on the 2017 Chevrolet Malibu.

The Malibu is an important bread-and-butter car for Chevrolet. It isn’t terribly flashy, but they sell a lot of them as a family or company car. They need the 2017 Chevrolet Malibu to be good looking and run great, which brings in the new Hydra-Matic nine-speed automatic transmission. Chevrolet plans to offer this transmission on at least ten vehicles. The Malibu is a perfect place to roll it out.

According to Chevy, “The Hydra-Matic 9T50 nine-speed is paired with the available 2.0L Turbo engine in the Malibu, contributing to an EPA-estimated 33 mpg highway — a 3 percent increase over the 2016 model with the eight-speed automatic.”

Chevrolet claims that the nine-speed transmission will be noticeably smoother than the eight-speed transmission. It will also enable Chevrolet to start using stop/start technology which will also save fuel. The stop/start technology allows the car to turn off in certain situations, when you are waiting at stoplights or in traffic jams, allowing the vehicle to conserve fuel.

“Everything about the new nine-speed is designed to maximize benefits for the customer,” said Steve Majoros, director of Chevrolet Marketing. “It helps offer greater fuel efficiency in the city and on the highway, all with the world-class refinement that makes the drive quiet and smooth.”

Chevrolet has already sold 205,117 Malibus this year, in the United States, and is on pace to have a record sales year with car. The fact that Chevrolet is starting with the Malibu is a sign of how important the new transmission is to the company. Typically, the slightly smaller Cruze outsells the Malibu, but the numbers for 2016 suggest the Malibu will beat the Cruze this year.

Chevrolet intends to have the Hydra-Matic nine-speed transmission available on ten different models by the end of 2017, including the 2017 Cruze Diesel and 2018 Equinox.