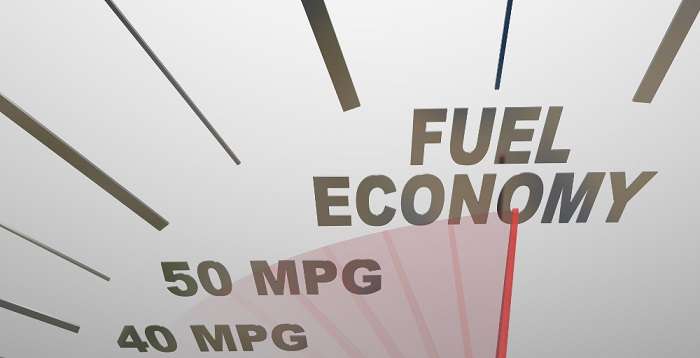 MPG Testing is a bit of a Mystery: How does your car rank?

A question was raised in the Plug-In Prius Facebook group that questioned why the Toyota Prius Prime was the highest rated MPG car when other PHEV (Plugin Hybrid Electric Vehicles). The Toyota Prius Prime is rated at 133 mpg combined rating between City and Highway.
Advertisement

My initial response was: “The standard Prius hybrid drive system gives it a higher MPG rating when it isn't in EV mode. Plus the way they rate these is a combination of factors so real world is never the same anyway.

After that, I decided to look into the overall ratings and see if I could find out how they Electric Vehicles are tested compared to Standard gas cars. Are they tested the same or are they tested differently.

The facts are interesting. The bottom line is that the manufacturers all do their own tests and the EPA tests about 15-20% of the new car fleet to verify. Guess that is how VW found out they got caught by the testing agencies.

So if the PHEVs and EVs are tested differently how they tested?

Let's get into that more in a minute. How do 2017 cars stack up in terms of EPA MPG ratings? Here is a list of the top 20 in order sorted by combined MPGs (City/Highway). 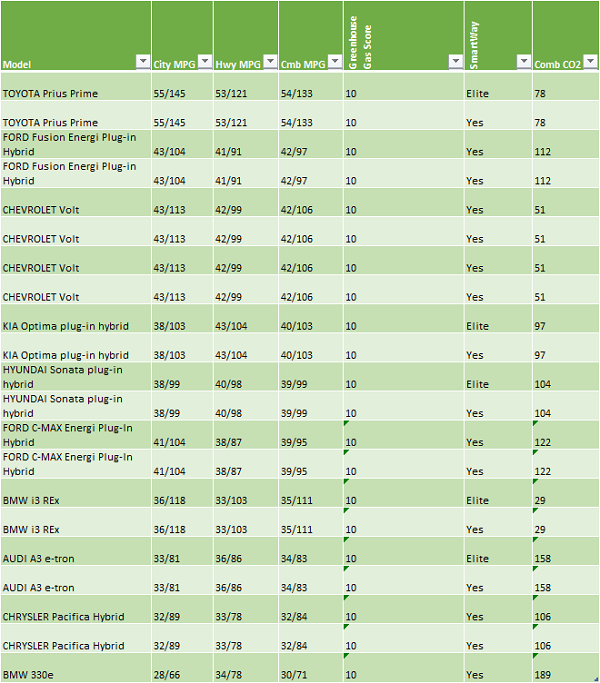 The testing methodology does leave me guessing as to how it actually is calculated. My question arises from the initial question in that the Toyota Prius Prime only has 25 miles of estimated EV range whereas the Chevy Volt has 53 miles of EV range and the BMW I3 is between 80 and 100 depending on whether or not the car has a range extender or not. So how can the Prime be rated highest behind cars with larger batteries and longer EV Range?

Now back to the testing methodology. I researched this information from the following websites.
http://www.fueleconomy.gov/feg/fe_test_schedules.shtml
https://energy.gov/sites/prod/files/2014/03/f13/vss094_duoba_2013_o.pdf

Detailed Test Information
EPA tests vehicles by running them through a series of driving routines, also called cycles or schedules, that specify vehicle speed for each point in time during the laboratory tests.

EPA has established testing criteria for electric vehicles and plug-in hybrids that are slightly different than those for conventional vehicles.

The tests are conducted on a dynamometer and worked through the various testing scenarios in order to simulate real-world conditions.

So why would these tests push the Toyota Prius Prime to the top with the Ford Fusion PHEV in second place? The cars are very different. The Ford Fusion Plug-In Hybrid is a larger car and a smaller hybrid battery pack.

The J1634 protocol explains the ways to test the Electric only cars more commonly described as BEVs (Battery Electric Vehicles).
Here is some of the measure used in that test from the Argonne National Testing Laboratory.

If tested separately the overall maximum range would be higher for the Fusion than say the Chevy Volt if the gas tanks were of different sizes. So if the overall range is a measure that would be an indication of it scoring high. The Prime is also in great shape in this testing area because of this initial hybrid drive system was designed as a hybrid from the start. The Prius has a very high MPGs in both City and Highway when compared to almost all other base vehicles that have gasoline engines. Therefore adding more battery capacity will facilitate much better test results because whether or not the car is in gas only mode or pure EV mode the car is getting outstanding MPG figures and then when combined they end up at the top.

Overall the methodology tries to level the playing field and give consumers a chance to effectively compare cars against each other but there is always the price point that helps many people make the decision and not just the MPG rating!