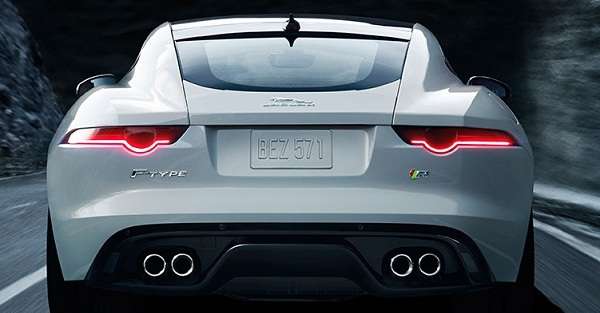 Jaguar’s new slogan is "It's Good to Be Bad" and being bad is accomplished with the new active exhaust system being offered on most of their current models. It’s the most fun you will have behind the wheel without going to jail.
Advertisement

Jaguar’s newest sports cars can be equipped with active bypass valves that allow the exhaust system to open up more during spirited driving (which you can’t resist once you get behind the wheel). The incredible sound these cars make is hard to accurately describe , but because I’ve driven one of the 2015 Jaguar F-Type R’s I can tell you first hand that it is so addictive that you will be tempted to blimp the throttle at every opportunity just because you can. What makes this feature even more usable is the control Jaguar has given the driver to be able to choose when to activate this symphony of sound. The driver can toggle this switch from his/her fingertips and never miss a turn or deactivate it and try to go into stealth mode (good luck with that, it’s still an awesome sound with it off).

I have been told that the legendary motorcycle builder Ducati was involved in the engineering of the exhaust on Jaguars new sport cars but I cannot confirm this fact, however I do know that the tailpipes used on these cars are sourced from the same manufacture making the tailpipes for Ducati’s motorcycles. Regardless if this can be confirmed, we know that the unique sound these cars are producing is unlike anything heard sense the 60’s and 70’s muscle cars.

If the “active exhaust system” is switched on the magic happens as you open the throttle up during performance driving (meaning you put the pedal to the metal) and the bypass valves are opened fully to help get the maximum amount of exhaust gases expelled out the trumpets out back.

The sound has been described by some as popping/snarling/cracking/growling. It sounds like an angry cat to me! Let’s just say that if you choose this $1500 option for your new Jaguar, your neighbors will either love or hate you, depending if they are a car enthusiast or not. They won’t be able to miss the new car you’ve added to your garage because you will let them hear your cat roar every time you come and go.

When I took my test drive in the 2015 F-Type R Coupe, the most common response I got was a snap of the neck of the drivers I passed, as if they have been startled by a predator about to attack them. And if they were nearby when I decelerated at stop lights, they were again treated to the snap, crackle and pop from the tailpipes as if they were under fire from a military invasion. Trust me if you see one of the new 2015 Jaguars equipped with this feature, you will hear it before you see it, and then the sexy new lines of the Jaguar lineup will keep your eyes glued to it as it passes.

Therefore, if you are the type person who likes to be seen and “heard”, then don’t pass on the active exhaust option when purchasing your new Jaguar. All that’s left to do is drop the top or roll the windows down and go for a cruise. Don’t bother with the Meridian audio system onboard and just enjoy the music this beast makes every time your drive it!