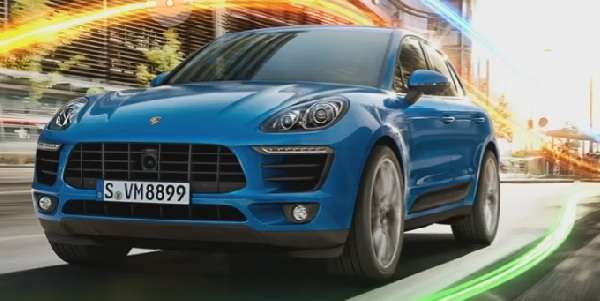 Can Porsche's Macan Deliver on Expectations?

Why are the sales numbers of Porsche Macan more interesting than the numbers posted by Audi with the RS Q3, and Mercedez-Benz with the GLA45
Advertisement

Last week Porsche released its year to date sales numbers. So far they are up 6 percent compared to the same point in 2013, with roughly 71,500 vehicles delivered on the year. Driving this is continued growth of the Panamara, with 11,000 units delivered worldwide. However, as more manufacturers are turning their attention to the sport compact SUV market; Audi with the RS Q3, and Mercedez-Benz with the GLA45, I find that the numbers that are most interesting are that of Porsche’s new Macan.

When Porsche first introduced the Cayenne, it was met much resistance. How could a sports car manufacturer deviate so far from the norm, as to produce a Sports Utility Vehicle? Well Porsche stuck to the plan, and the car became more and more popular through time, as Porsche continued to blend is sports car heritage with the functionality of a SUV. It has become so popular that 2 years ago, Porsche announced the plans for a smaller SUV to complement the Cayenne, this vehicle would be known as the Macan.

So far, the early reactions are that Porsche has struck gold again with the newly introduced Macan.

The Macan won’t be fully launched worldwide until the end of the year, but so far, it has been a big success. In Germany, roughly 60% of the sales for the Macan are going to first time Porsche owners. A couple of things could be at play here with these numbers. First, it is the new model, and impulse buyers will want to be the first to get their hands on the new sporty compact SUV. Second, with the Macan, it is a much easier entry price point for those that want a Porsche, but don’t necessarily have the $70,000+ to purchase its bigger brother, the Cayenne.

This is a huge development for Porsche, as it has received great reviews on the Macan so far, and it has successfully penetrated a market that was ripe for the picking. This will be great for long-term growth and market share. It will provide an opportunity for the German auto manufacturer to capture this new audience, and sell them on the idea of one day upgrading to the Cayenne, or Panamara, or even that brand new two-seater summer car; pick your poison between that Cayman, Boxster, or 911.