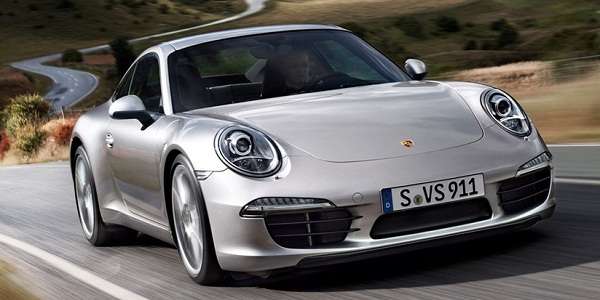 Following the Trend, Porsche 911 Next In Line To Go Green

With recent announcement that the Boxster will feature a smaller motor, could Porsche be planning to do the same with future vehicles, in an effort to be more fuel efficient?
Advertisement

Like many other car manufacturers, the new hotness is how to generate more power from smaller platforms, while also following new government mandated rules and regulations that emphasize maximizing fuel efficiency, and reducing pollutants being pushed into the atmosphere. Recently, I wrote an article, which details the next Boxster’s motor layout and what type of performance numbers it could expect to see.

This could be just the beginning of Porsche exploring green opportunities for their lineup of Autobahn destroying sports machines.

If we look ahead to this weekend, Porsche will be featuring their new V4 motor in their Le Mans LMP1 division racecar. If the motor holds and performs well, could this be an option for the next generation 911? This would really be a game changer. Who could ever imagine a 911 with this type of setup? By going this route, Porsche would be downsizing the motor, running more efficiently, while most likely maintaining the current power levels through the use of twin turbochargers.

The other option is to continue to develop, and eventually implement the technology from the 918 Spyder into the 911 platform. The 918 utilizes both gasoline and battery power to generate its otherworldly blend of performance and fuel efficiency. The 918 uses a pretty large motor, a 4.6L V8, it could easily downsize the motor to something more suitable for the 911, while applying the battery technology as well.

With two plug-in vehicles already offered, the Panamara E-Hybrid and the 918 Spyder, it is not hard to imagine Porsche expanding upon this. They could develop the technology even further, and offer it in the 911. Then once they master that technology, as they always do, they can work on reducing the costs and applying it into lower cost vehicles, like the Cayman and the Boxster. The battle to be the leader of the green performance movement has just begun, and before it is all said and done, Porsche will definitely have a say in the matter.

Do you think Porsche can continue its heritage as a sports car company while making the switch to greener technologies?

Tor Atle Lunde wrote on June 13, 2014 - 1:58pm Permalink
I don't see the 918 or 919 engines as suitable candidates for the next gen 911. Why change from the flat six which is already pretty fuel efficient? Just adding electric motors will bring the CO2 and fuel consumption down enough. What I am curious about is if they will keep the current AWD system or go with an electric motor up front in addition to one bolted to the PDK in the rear. Another question is what 911 model they will go hybrid with first - the turbo?