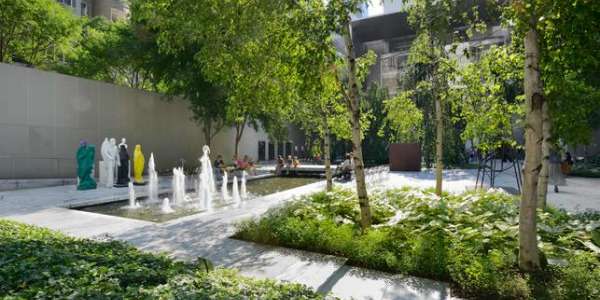 With a new exhibit of contemporary artist Sigmar Polke's work being presented today by Volkswagen Group of America and the Museum of Modern Art in New York, some may wonder why support the arts? When Volkswagen explains, however, it makes perfect sense.
Advertisement

Volkswagen Group of America (VWGoA) and the Museum of Modern Art (MoMA) are today presenting a program for the exhibition “Alibis: Sigmar Polke 1963-2010," which will be on display from April 19-August 3 at MoMA.

The support of VWGoA is allowing the presentation of Polke’s legacy in various forms of media. The exposition is one of the largest one-man shows ever put together by MoMA, and will include more than 250 pieces covering a 50-year span.

David Geanacopoulos, Executive Vice President, General Counsel for Volkswagen Group of America, had this to say about the artist and the program:

Sigmar Polke is one of the exceptional figures of contemporary art. His singular and multi-layered style, his strong interest in new forms of expression and sources of inspiration from other areas as well as his reflection upon social issues have earned international recognition. We hope all visitors will be able to engage fruitfully with these diverse works of art, inspiring them to explore the road less taken and their own creativity.

Polk is considered to be one of the most influential contemporary artists, and his work features an impressive range of techniques and material. The MoMA exhibition includes not only pictures, but also sculptures, films, prints and works of glass. In addition to the Polke exhibit, VWGoA plans to support a series of installations in the Abby Aldrich Rockefeller Sculpture Garden of MoMA in the future, and has in fact been building a strong relationship of support of MoMA in other areas.

Why support the arts?

“The purpose,” Volkswagen explains, “is sharing art with the general public, offering experiences and the possibility to discover creative impulses and, thus, creating the basis for innovation and progress.”

Other Volkswagen stories of interest:
Volkswagen Orders US Dealers to Stop Selling Some Cars Due to Fire Hazard
Accusations Claim Volkswagen Plans to Go Union Regardless of Workers' Vote