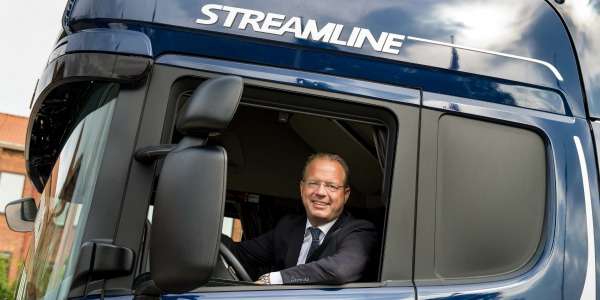 After Volkswagen praised the new deal made between Scania and VW, president and CEO of Scania, Martin Lundstedt, agreed that nothing but good will come of the arrangement.
Advertisement

After Volkswagen’s announcement that its offer to Scania’s shareholders was accepted to the extent that Volkswagen will hold more than 90% of the shares in Scania, making the terms of their offer valid, Scania’s president and CEO offered his own view on the subject.

The fact of the matter is that Volkswagen has been the main owner of the company since 2000—a point that may have been lost in all of the waiting and discussion. And, both Volkswagen and Scania’s president and CEO, Martin Lundstedt, feel that this move is a good one for the company, with new opportunities and resources becoming available to all parties.

Volkswagen had made the offer contingent on the term that it must hold more than 90% of all shares for the deal to be completed. Originally, the deadline was set for April 25. However, some smaller shareholders began rejecting the offer, and the offer failed to make the deadline. But, VW extended the deadline in an effort to close the deal—without increasing the price offered, which was likely the roll of the dice the smaller shareholders were taking, that VW would give them more money for their shares. But, other than the deadline extension, VW offered nothing extra this go-round, and ultimately got 90.47% of the shares before the deadline of May 16 at 5:00 pm (CET). Lundstedt commented on the deal and its ramifications:

Volkswagen has been our main owner since 2000 and has consistently given strong support to Scania’s strategies, business model and investments. Following the clarification of the ownership structure, Scania and its management team welcomes the opportunity to accelerate our cooperation projects with Volkswagen and MAN without restrictions and thereby create a successful, global commercial vehicle alliance with strong identities for each brand. With the new opportunities to use the common resources and competencies in the Volkswagen Group, our ability to deliver profitable and sustainable solutions to our customers will be improved further. This will also support our growth strategy up to 2020. At Scania we will continue to develop our position as a centre of excellence for commercial vehicles, services and solutions going forward. I am also convinced that all of our employees will benefit from becoming full members of the Volkswagen family.