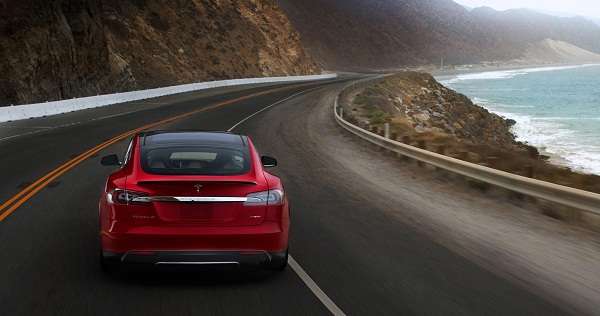 First quarter deliveries of Model S did not blow anyone away, eclipsing Tesla’s expectations by a slim margin. However, if the company’s projections hold true an enormous Q3 and Q4 could be on the way.
Advertisement

Tesla’s first quarter earnings report was eagerly anticipated as always, especially since the company does not release monthly sales data. The initial reaction to the sales results here at Torque News is cautiously positive.

For the quarter, Tesla produced 7,535 Model S sedans and delivered 6,457. These numbers are both up a tad from the automaker’s previous estimates of 7,400 and 6,400, respectively. This keeps with the recent trend of Tesla slightly underestimating its sales totals.

Tesla also provided a few telling concrete estimates for the rest of 2014: the automaker expects to build between 8,500 and 9,000 vehicles in Q2 and deliver 7,500. Deliveries haven’t been able to keep pace with production due to the pipeline backlog of built-to-order vehicles between the Fremont factory and the Asian and European markets. Tesla expects to close the gap between production and deliveries in upcoming quarters.

Most notably, Tesla is confidently sticking with its previous projection of 35,000 deliveries for the year and anticipates production rates to reach 1,000 Model S sedans per week by the end of 2014.
Simple math reveals that Tesla has every expectation to deliver more than 21,000 vehicles in the second half of the year.

This is an unprecedented number for Elon Musk’s crew, but the most problematic bottleneck is expected to ease in the second half of 2014; Tesla is confident that constraints on battery supply will be mostly lifted by the third quarter.

It also doesn’t appear as though global demand is an issue; Tesla indicated it is hard-pressed to keep up with orders in Europe, and Model S only reached China very recently. In announcing the quarterly results, Musk said that he has been “blown away” by the response in China from government officials as well as consumers.

Of note is that Model S has been given exemption from the infamous “license plate lottery” in Shanghai, potentially opening the floodgates in one of the world’s largest and most status-conscious cities and very likely other Chinese megacities to follow. Tesla is confident that enthusiasm for Model S will eventually force the company to place a cap on Chinese deliveries to avoid restricting other markets.

Overall, the news out of Tesla’s camp is positive. Even if demand plateaus in the United States, the company has promising global markets to buoy sales of Model S. Deliveries to China and Europe will make it difficult to tell if stabilizing or declining U.S. sales are a result of flattening demand or if Tesla simply is limiting U.S. deliveries to satisfy other important markets.

If Panasonic is able to come through with the battery cells Tesla needs to meet its ambitious target of 35,000 deliveries for 2014, there is little reason to believe the automaker will not fulfill its own expectations. By the end of the year we may see Model S reach its maximum production capacity as Tesla will begin to shift its attention toward ramping up Model X production. Stay tuned for plenty of updates throughout the year here at Torque News.