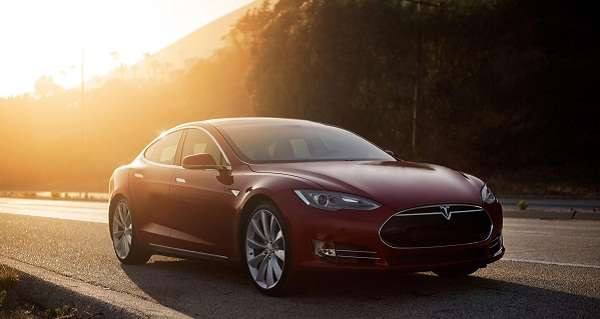 We all know by now that the official rated range of electric vehicles, either on the NEDC cycle or the EPA cycles, is only an approximation and that “actual results may vary.” But how much can the real-world range actually vary from the estimate?

Quite a lot, according to leading German magazine Auto Motor und Sport. The publication tested a Tesla Model S, VW e-Golf, Nissan LEAF, BMW i3, Smart fortwo ED, and Renault Twizy, evidently to see how little distance they could get them to travel on a single charge.

The magazine ran several tests: hot (73 degrees F with A/C on) and cold (20 degrees F with heater on) TSECC cycles – created by the multinational corporation TUV Sud – that allegedly imitate real-world commuter driving, and a separate constant-speed test at 75 mph.

Ecomento reports that all the cars in the test performed miserably compared to their official ratings. Most notably, the 85-kWh Tesla Model S – almost unbelievably – apparently achieved just 114 miles of range at a constant speed of 75 mph. The VW e-Golf made it only 55 miles in the same constant-speed test.

They also managed to get an efficiency of just 424 Wh/mile and 47 miles of TSECC range from their Nissan LEAF in the cold test, at an ambient temperature of 20 degrees F. We presume that efficiency value is accounting for charging losses, which Auto Motor und Sport says is 20%.

It is worth noting that the i3 reached 90 miles of range at 73 degrees and 75 miles at 20 degrees on the TSECC cycle, values that are quite reasonable. On the whole, the cold and hot tests seem valid (though the LEAF cold test result was surprisingly poor), but the constant-speed values really had people up in arms.

A group of 39 German electric car owners, led by Lars Thomsen, were understandably irked by the magazine’s results and set out to prove them wrong with their own 75-mph constant speed tests.

The owner group did indeed find different results: the Tesla Model S achieved 225 miles, as just about any Model S owner could have predicted, and the e-Golf managed 70 miles. Far, far from the magazine’s values of 114 miles and 55 miles. Just for kicks, the group ran their own tests at 56 mph as well and found ranges of 332 miles and 108 miles for the two EVs.

It is unclear exactly how Auto Motor und Sport “achieved” its constant-speed range values, but the magazine is stubbornly refusing to admit they are incorrect. It even published a follow-up article insisting that “our tests are done according to established standards,” according to chief technology reporter Alexander Bloch.

Anyone with an 85-kWh Model S or VW e-Golf out there, feel free to try any means necessary to duplicate Auto Motor und Sport’s ranges at 75 mph. Drive up a mountain, roll all the windows down, blast the A/C, tow something, whatever. Let us know how you do - you’d probably have to try all four to get just 114 miles out of Model S.

The takeaway from all this nonsense is, as always, that your real-world range may vary (but not that much). Cold and hot temperatures are known to have a significant effect on range, so be mindful of that. High speeds suck range quickly as well. But no matter how you drive, don’t worry about running out of charge in your 85-kWh Model S after 114 miles. That isn’t going to happen.