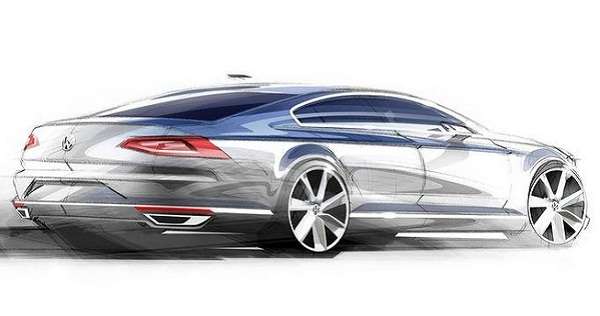 The German automaker continues its push into the electrified vehicle sector with the upcoming release of the Passat plug-in hybrid. The preliminary specs are fairly predictable – the key will be price, which remains unknown.
Advertisement

Volkswagen has made its plans for electrification fairly widely known, introducing a wide range of plug-in models like the e-Up!, e-Golf, Golf GTE, and XL1 with alleged eventual plans to provide plug-in options across the entire lineup. The company has said it hopes to achieve 2% to 3% of its sales with plug-in models by 2020, equivalent to about 200,000 vehicles annually.

One vehicle that will contribute is the upcoming Passat plug-in hybrid, set to launch sometime next year in the European market. Volkswagen has now released official specifications for major powertrain components.

The Passat plug-in will be powered by a 1.4L direct-injected turbocharged engine putting out 154 hp in addition to a 107 hp electric motor. The total system output is capable of 208 hp and 295 lb-ft maximum torque. Top speed will be 130 mph, and the vehicle will do 0 to 60 mph in less than 8 seconds.

We are more interested in the electric powertrain, however. The Passat plug-in will draw power from a 9.9 kWh liquid cooled battery that will enable the vehicle to drive 31 miles on electric power alone.

The most important specification of all, the price, has of course not yet been revealed.

It is worth mentioning that the plug-in powertrain first makes its appearance on page 117 of the 142-page document on the Generation 8 Passat. This may provide some indication as to VW’s expectations for the electrified version, as they rightly expect the mass majority of Passat sales to be of the versions without a plug. Nevertheless, we look forward to the launch of yet another reputable plug-in model.