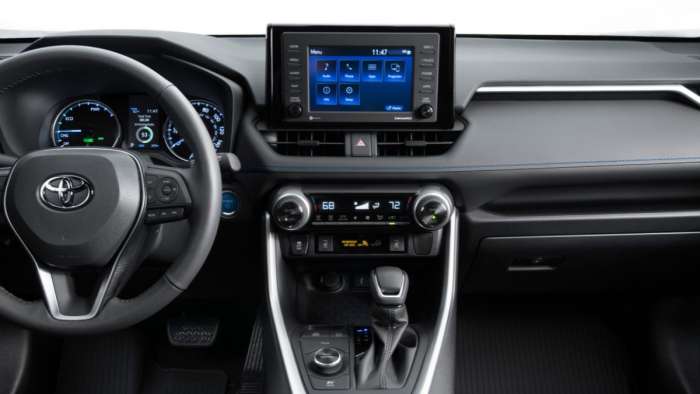 Is Your 2022 Toyota RAV4 Hybrid’s Multimedia System Acting Up? You Are Not the Only One

Some owners have come up and shared that their new RAV4 Hybrid’s multimedia systems are suddenly blacking out. Is this something that you should be worried about?
Advertisement

We are all waiting for the new 2023 refreshed Toyota RAV4 Hybrid to come out with it’s updated multimedia system. Unfortunately, the current system is stuck in 2010 and just like almost every long-lasting generation of affordable SUVs, much isn’t done until the next generation comes out. Just look at the current gen Tacoma, previous gen Tundra, and the current gen Camry.

While most 2022 owners are probably not going to go through the hassle of trading in their 2022 for the 2023 and still paying a markup all for a new radio, this should be a warning to potential buyers who may want to get a used RAV4 in 2023. Now just because the system is old doesn’t mean its bad right? Well, some owners say otherwise.

Be sure to check out our latest article on the Tundra's disappointing tow hitch.

On Facebook’s Toyota RAV4 Hybrid group, Brit Rose said, “Anyone’s else’s media center on the rav4 SXE just stop working sometimes while driving?” She stated that the screen went black and then came back on. Now I don’t really know if this is just an XSE thing but what I can say is that a lot of 2010-2019 Toyotas and their relative generations tend to have a slight problem with this. I can say that my 2012 Toyota Prius which has a factory defect with lettering also has this problem but in a different way. 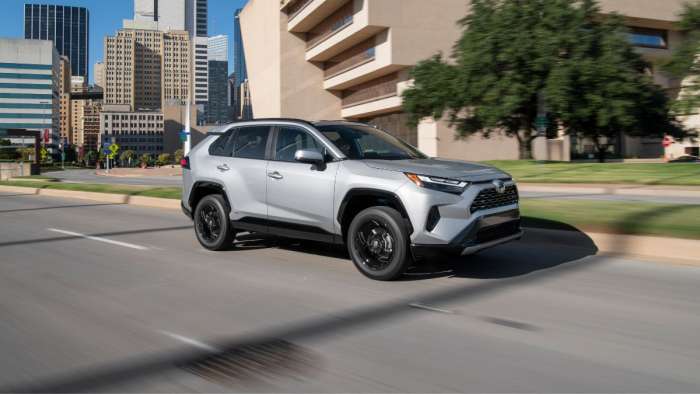 Surprisingly enough, more and more people have these problems, yet they all come in different forms. Let’s take a look and see what some of these owners said. Jerry Cox said, “Same problem here. The whole multimedia system works 30 seconds and then blocks. SE’s media center on the RAV4 SXE just stop working sometimes while driving?”

Now on my Prius I just park the car and turn it off and on again and it solves the problem. Granted, my Prius does not have the same system and mine does not even come with Apple CarPlay.

Shawn Quinn has an interesting fix to these problems, he says, “You can just hold the power button down to reset it.” For those who don’t know, that’s the little knob that you push to turn your audio on and off.

I think that these harmless little glitches should not really worry you because of the refresh that’s coming out in 2023. However, for current owners who experience this, take it to the dealer and explain. Make sure you take pictures when it blacks out. The only reason I haven’t taken my Prius in is because I want to keep the factory defected lettering style.

What do you think? What did you do to solve it? Let us know in the comments below.

Tesla Contemplates A New Strategy for China Retail even As Sales Boom
Jay Leno on Elon Musk & EVs: “I Think He Should Get ... Credit"
END_OF_DOCUMENT_TOKEN_TO_BE_REPLACED