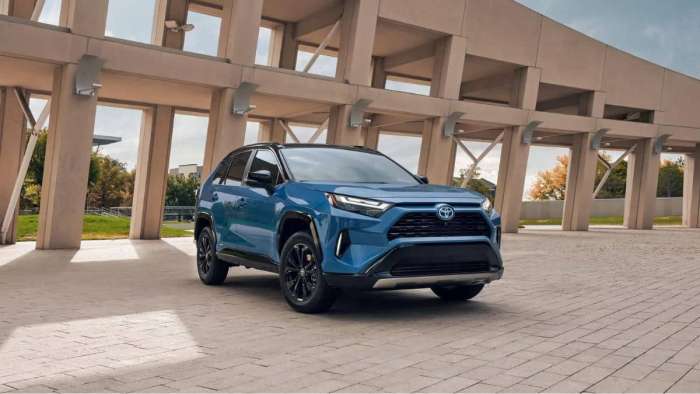 It’s a family SUV that’s meant to save gas. If you look at it hard enough, it looks like it’s smiling at you because you saved $20 at the pump. And yes, maybe it’s more plastic than your kid’s toys. However, just because your family made you buy a RAV4 Hybrid, doesn’t mean you can’t take it off the road anymore.... literally.

I love off-roading. Whether it’s testing a new SUV or jumping around a forest in my friend’s jeep, it’s fun regardless of what type. By far, my two favorite types of off-roading have to be mudding and highspeed rallying. It’s just something about making my tires red from all that South Carlina clay that makes my heart warm and my adrenaline levels high.

The 2022 Toyota RAV4 Hybrid may be a slightly lower SUV than others in its class, however, some owners say that with a few little mods, it is perfectly capable of light off-roading (gravel and dirt roads with a few bumps). Mark McKee recently asked a question on Facebook’s Toyota RAV4 Hybrid group asking if, “anyone here goes "off-roading" frequently with their hybrid RAV4? I say "off-road" as I just mean dirt/gravel roads and fields around a farm, not out into the middle of nowhere on mud or rocky trails.”

Before we look at what other owners said, I should mention that Toyota did make a RAV4 TRD which Torque news recently reviewed. While it’s not a Bronco or a Jeep, it certainly could handle itself but if you still want to save gas and have fun, here are what some owners said they did to improve their off-roading capabilities.

Leonel Salazar commented saying, “I replaced the plastic skid plate with a steel one. Added slightly larger All-Terrain tires. And so far, so good.” He also added, “The main limitation on the Rav4 is the ground clearance, followed by the lack of low gearing, but it does really well.”

The 2022 Toyota RAV4 Hybrid does come with a plastic skid plate which is mainly intended to enhance aerodynamics so there isn’t a lot of wind disruption under the car. However, a heavy-duty skid plate is also used in off-roading to prevent any rocks from hitting the bottom of your car and damaging things like your oil pan or a drive shaft. While upgrading your skid plate to a steel one wouldn’t really add any major off-roading boost, it would protect the vulnerable parts underneath because rocks scratch or chip plastic easier than they do to steel. 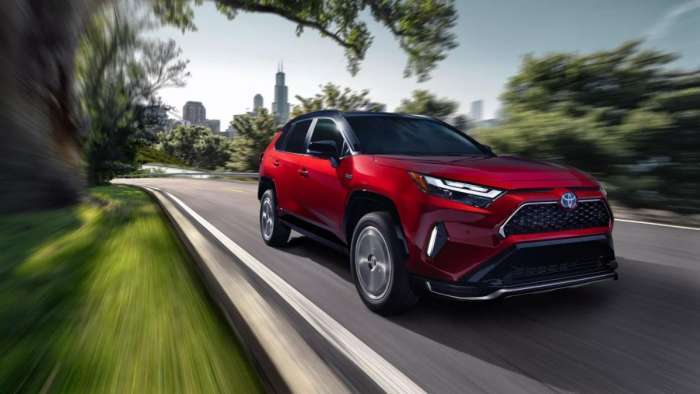 Fatter tires are probably going to be the best first mod you can do to make your 2022 Toyota RAV4 Hybrid a better light off-roader. Bigger tries mean more surface area to grab onto which means more traction. All of this combined with a slightly higher ground clearance would make your 2022 Toyota RAV4 Hybrid a “capable” off-roader. Now granted, your build is probably not going to compare with Jeeps or Broncos, however, for little things like mudding or dirt roads, it should be fine.

Peter Eik commented saying, “Every day mine gets driven on gravel and dirt to get to the pavement. I notice the 4-wheel drive kicking in coming up the hills. It spits gravel out that seems to scratch up the plastic parts.” If you really think about it, the internals of a 2022 Toyota RAV4 Hybrid have great potential when it comes to light off-roading. When the 2022 Toyota RAV4 Hybrid senses a loss of traction on one of the tires or if it is having trouble driving terrain with just two-wheel spinning, it will automatically switch over to AWD. Even on the slightest dirt road it will switch thus making your driving easier and better.

As far as other cosmetic off-roading accessories go, like bull bars, winches, back tires, roof racks, etc., you wouldn't really need them unless you would want to make your RAV4 Hybrid look cooler. They won’t add any off-roading capabilities unless you get stuck, then maybe your winch would help you. On the other hand, if you slightly deflate your tires, you could climb rocks better. All in all, big tires, a better skid plate, and maybe a suspension lift would make your 2022 Toyota RAV4 Hybrid a capable off-roader. Plus, you would still save gas!

What do you think? Did you add any off-roading mods to your 2022 Toyota RAV4 Hybrid? Let us know in the comments below.