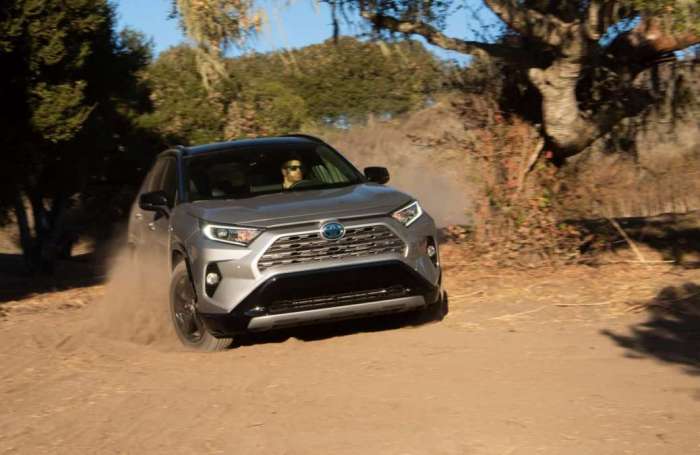 A user by the name of RAV4_Marc asked “Has anyone received his/hers 2022 RAV4 Hybrid yet? Has anyone got an allocation yet? I've been waiting for my 2022 RAV4 Hybrid XLE since August 17 (5 months ago) and I'm starting to think I might not have it before the summer.” This was posted on a forum called Rav4World.com.

Before we take a look at what some other Canadian owners said, remember that a dealer isn’t like a store you just walk into and buy a brand-new car. Especially a high demand mass-produced car. On average, a regional dealer might get let’s say 4 2022 Toyota RAV4 Hybrids per month and within a day all of them are gone. All 4 of those were either allocated to the dealer via Toyota, or they were on order through the dealer by the customer. Let’s take a look and see what some of the other owners said. 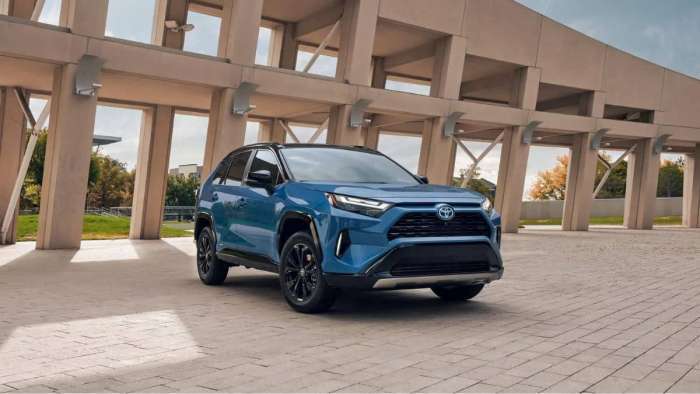 User Megafolie said, “Nothing on my side yet. My dealer told me (in November) that he expected to have the first 2022 models around March, but I expect April or May. It takes patience … but I'm still convinced it's the best choice for me so I'm willing to wait.” That’s about 5 months and still, his RAV4 has not arrived. That’s pretty long considering here in the U.S, just right below the Canadians, we get ours in just 3-4 on average.

Now, this is a little ironic considering that there is a Toyota plant in Ontario. According to sources, it was shut down for a few months last year and just recently came back up and is in production. Could this be a reason why Canadians and some northern Americans are getting their 2022 Toyota RAV4 Hybrids so late? Absolutely.

Interestingly, both plants closed in Ontario, and a lot of dealers either didn’t tell customers who were waiting, or they didn’t know themselves. So if the allocation is harder in Canada, why don’t Americans get their RAV4 Hybrids later than Canadians? So the RAV4 is produced in Kentucky and Canada. When the Canadian plant shut down, The Kentucky plant had to pick up the slack and send the RAV4s not only to Americans but also to the entire world. This made a huge backup in orders, even for Americans.

Now that the Canadian line is back, we should start to see fewer waiting times than we did at the beginning of the year. As of now, the average Canadian wait time is around 5-7 months. I have calculated this by taking all of the numbers from forums and discussions and getting an average. It’s even harder if you had put down a special order through your dealer. Special orders make allocations even harder and with this backup, you might not even get your special order at all. Check out our recent article on special orders to know more. So, when can you get your Canadian RAV4 Hybrid? Probably summertime or even in the fall.

What do you think? Should Toyota do something about this backup of old orders? How long did it take you to get your 2022 Toyota RAV4 Hybrid? Let us know in the comments below.

Chris wrote on May 9, 2022 - 10:11am Permalink
5-7 months??? We ordered a Rav4 Prime 8 months ago. They told us the wait time would be 2 years. I called back last week and the salesman told me that it didn't move and we still had to wait 2 years.
Harutiun Hareyan wrote on May 10, 2022 - 8:28am Permalink
Hi Chris. You're the longest I have heard. 5-7 months is the average. It's not going to be that for everyone.
Pete Townshend wrote on May 9, 2022 - 1:24pm Permalink
I’d love to know who is getting this car in any of the times quoted in this article! I need a new vehicle in October 2023, so I started looking 2 months ago, knowing how long the wait times are. Every Toyota dealership I talked to refused to even put me on a waiting list, saying wait times are over 3 years and they cannot take any additional orders.
Harutiun Hareyan wrote on May 10, 2022 - 8:29am Permalink
Hi Pete, If I was you, I would wait till summer of next year and see if you can find a used 2021 Hybrid. Most people are probably going to upgrade to the Prime so if you could find a used 2022 Hybrid, you wouldn't have to wait a long time.
Pete Townshend wrote on May 16, 2022 - 8:10am Permalink
That’s EXACTLY what the dealerships are saying, and it’s TERRIBLE advice. First, I’m in the fortunate position where I don’t need to get used cars. My company will be leasing something new for me, so going on a waiting list for something used isn’t what I’m trying to do. Second, a hybrid?? Are you serious? I’m already driving a PHEV, and I’m trying to get further away from gas. My current vehicle does 90% of my commute on electric, and I’m trying to close that gap, not go backwards and get back into a full ICE. Fortunately, VW agreed to put me on a waiting list for an id.4. Maybe I’ll talk to Toyota in my next purchasing cycle, if they’ve figured out consumer demand yet and that yes, many of us actually want to ditch the ICE.
Harutiun Hareyan wrote on May 16, 2022 - 8:47am Permalink
Hi Pete, If you want to stray away from ICE cars, what would you say to a bZ4X? It's a little more expensive but it delivers great range and it has pretty good rating so far.
Jean wrote on May 15, 2022 - 7:08pm Permalink
Dropped deposit for the Prime last year. Was told at least 3 year wait time here in BC, Canada. Called 2 weeks ago to check status, my spot hasn't moved and was also told they are no longer taking orders for the car. It's ridiculous to wait this long for a car. Who knows what the world will be in 3 years. The Prime may no longer be relevant. I think Toyota really dropped the ball and under estimated consumer demand for PHEVs and EVs. To make matters worse, Toyota is prioritizing shipments to the US instead of Canada. This goes to show that Toyota doesn't value Canadian consumers as much as they value our US counterparts. Many people bash Tesla for their build consistency but if you ordered a Tesla today, you don't have to wait an uncertain 3 or more years for delivery of your car
Harutiun Hareyan wrote on May 16, 2022 - 8:49am Permalink
Hi Jean, I can't even wrap my head around the fact that you would need to wait 3 years for a car that already exists. We thought a year was long for an unreleased Tesla, now we need to wait 3x as much for a car we see on the road.
David wrote on May 15, 2022 - 7:10pm Permalink
I got my Prime a week ago just when gas prices started to skyrocket. Imagine the luck! I put down my deposit in Jan 2020 so I waited over two years. I live in Ontario, not a priority Prime sales area. Someone joked that I should put it on the market and get a guaranteed profit. Fat chance I'd do that. My last car was a 2008 Rav4. Boy, the new tech features are something else. I've got a 30 year old son, however, and I'm relying on him to get me oriented.
Harutiun Hareyan wrote on May 16, 2022 - 8:50am Permalink
Hi Daivd, These MSRP mark-ups for profit on new cars used to be for high-end luxury or sports cars. Now people do it on regular Toyotas.
Peter Andreou wrote on May 24, 2022 - 4:48pm Permalink
I put a deposit on a RAV4 Hybrid in January 2022 and the contract said estimated delivery is July 2022 - I checked in last month and the salesman said then best guess is August- I’m thinking of cancelling and getting a Honda CRV
PeterDTown wrote on May 25, 2022 - 7:25am Permalink
OR, you can sell your spot on the waiting list to someone who wants this car. Many people would gladly take one in August.