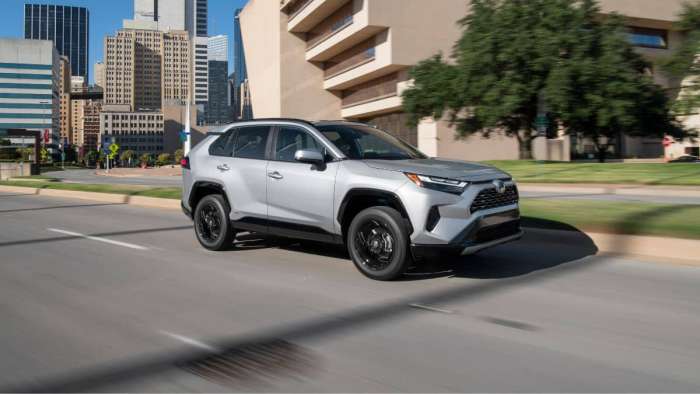 If you own a 2022 Toyota RAV4 Hybrid and worry about your status as a driver, the horn is the ultimate showoff. See how some owners say their stock horn isn’t loud enough.
Advertisement

Every single car today that rolls off the assembly line must come with a horn as part of a safety measure that all cars need to have in order to be sold. Most automakers do not really pay attention or divert their focus onto a horn when producing and designing a car. Many automakers just use the same assemble that they used in the previous model or in their entire fleet. Since the mass-produced car has existed, horns have been a part of their history. From the Klaxon “honk honk” horns to the electric “Ooga” horns, they have been the root cause of many accident avoidances and busy drivers.

However, a recent post on Facebook’s Toyota RAV4 Hybrid owners group showed that within a week of ownership, a lot of owners changed their horns to something different and more powerful. Kim Brennan wrote, “Was out today on day 2 of owning the car and a guy started swinging his shopping cart around without looking and I beeped at him. The horn is really close to embarrassing!” 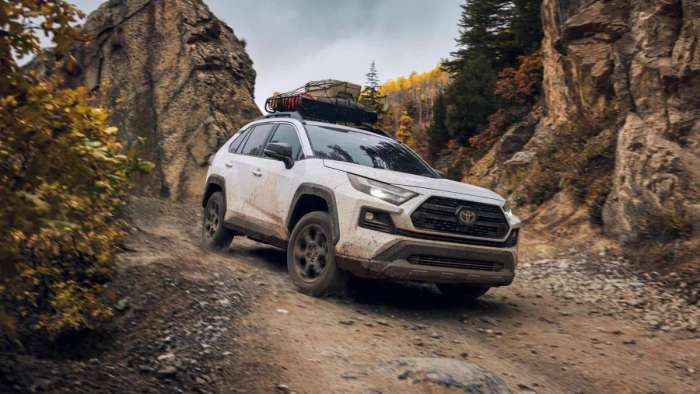 According to Toyota’s parts center, they have been using the same horn since the 2006 model. This means that not only are 2022 Toyota RAV4 Hybrid owners changing the horn, but also it could be older RAV4s too. I personally like a loud horn to make sure people know I’m coming through so this is actually a very important modification.

There isn’t really anything wrong with the horn. It’s not faulty or slow. It’s just very weak and clownish. Maryann Gurecki commented saying, “Sounds like a clown car. I replaced mine within a few weeks of owning the car.”

So, what are people replacing them with? Well, there are many aftermarket or universal horns you can put on your car. I even found a universal The Godfather-themed horn for only $50. However, Jonel Lopez said, “I changed mine to PIAA Superbass Horns and now love the respectable sound of the horn in my RAV4.”

Compared to the stock 2022 Toyota RAV4 Hybrid horns, these are way louder and a little lower pitched than the stock ones. Typically, it’s a good rule to not only have a loud horn but also a mid-pitched one so you don’t annoy anyone. Unfortunately, the stock horns sound like a clown beep so it’s bound to annoy a few drivers.

According to my local Toyota dealer, they would charge me about $160 in parts and labor to change the horn on my 2022 Toyota RAV4 Hybrid. However, almost all the owners who changed their horns said the process was rather simple. After reading how they did it, it’s as simple as changing a tire…just a few more bolts. Here’s what they said.

Gina Young said, “Easy to change to a Hella horn!” Because of it's front placement near the bumper and not near the fire wall, many other owners said it was easy to change too. I have never changed a horn or replaced one but from what I have read in other forums, it seems like its just a bolt on part so you want need to bleed it with fluids or reprogram it. one user, JGonong on Rav4World.com said, "Yeah, the stock horns are basically clown car horns. Swapped them out after honking in anger after someone cut me off on the freeway.

Some horns come with their own relays if they are universal, however, if you can find a specific horn tailored to the 2022 Toyota RAV4 Hybrid, chances are you won’t need to do any of that. I like how Tesla gives you the ability to add an MP3 file so that you can play whatever sound you want out of the stock horn.

Nine times out of ten, the average family SUV driver isn’t going to fiddle around with the horn to make it sound like Shrek or Mario, however, if it is as annoying as the stock horn on the 2022 Toyota RAV4 Hybrid, then it may be one of the necessary mods you might need to do. Be sure to read the fine print on your warranty so that it doesn't get voided if something other than your horn goes bad or just get it done by a professional.

Daniel Hinich wrote on May 10, 2022 - 12:57am Permalink
Nice article and you are spot on!
SEPepper wrote on May 10, 2022 - 6:32am Permalink
That's because Toyota uses the equivalent of motorcycle diaphragm horns (x2). They've been doing so since at least the introduction of the new RAV4 since 2019, which is what I own. Don't know if it was perhaps a subconscious thing from reading about it (which is how long ago people first made the same comment), but I decided to replace mine with the "Camry" style horns which have the "square trumpet" opening. Much louder, and better IMHO.
Brad abernethy wrote on May 10, 2022 - 1:44pm Permalink
I've been driving Canadian made toyota's for twenty years, corolla's, matrix's and my 2020 Rav hybrid. The horns are all virtually the same. More of a beep than a honk. No problem at all.