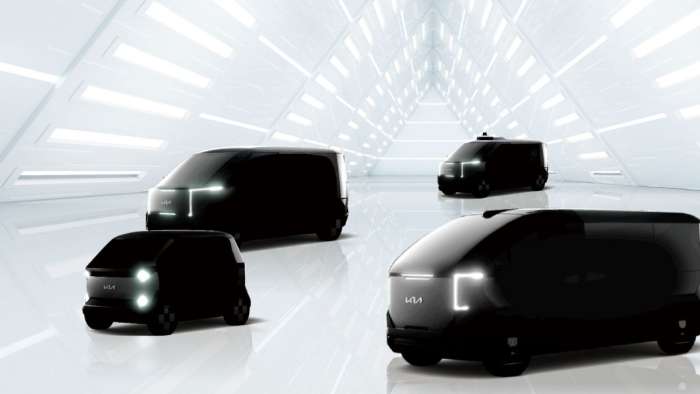 Kia has announced plans to begin construction of its first electric Purpose Built Vehicle (PBV) plant in South Korea in 2023. This plant is part of their Plan S strategy and will be located within their existing Hwaseong plant. Kia’s goal in Plan S is to become a global leader in sustainable mobility solutions.
Advertisement

According to Kia, the plant will be dedicated to and capable of producing up to 100,000 electric PBVs per year, initially, with the capacity to increase to 150,000 units per year. Construction is to begin the first half of next year and electric PBV production is to start in the second half of 2025. Kia’s “E-FOREST" smart manufacturing ecosystem will be a key feature of the plant, billed as an “ecosystem, driven by data, connectivity, [and] robotics technologies” that “connect people, nature and technology into one”. Kia’s marketing language may be one part Disney Tomorrowland and one part Singularity, but it sounds promising as far as the near term future of electric vehicle manufacturing goes.

What kind of vehicles are PBVs you might ask? Examples include: delivery vehicles, multi-seat shuttles, mobile office spaces or shop vehicles, and other logistics and utility vehicles. In the latter half of 2025, Kia will first build a mid-sized electric PBV based on the “eS” skateboard platform which was specifically developed as a PBV platform and as such can accommodate different model sizes and customer requirements. Later, after the initial mid-sized PBV production is established, Kia intends to launch “micro-sized” PBVs as well, which should provide options for many niches that lack electric vehicle choices today and hopefully at a reasonable price point. Also of note: Kia intends to feature autonomous driving technologies and features in its PBVs, to further “enrich” society and communities globally.

PBVs could also be platforms for specialty recreational vehicles (smaller camper vans for example) or work trucks/vans that are not being made in large numbers yet by other mainstream manufacturers. These types of vehicles could be quite helpful to businesses and municipalities that need to achieve carbon emission reduction targets. They could also enhance mobility services for those who depend on specialized public transportation, like the elderly and disabled, by offering autonomous local transportation or taxi services that may enhance or improve human operated services that currently exist.

Should those of us who are more focused on personally owned vehicles and transportation care about Kia’s plans? I would humbly suggest the answer is yes. We all depend on local delivery vehicles for the “last mile”. Our packages and mail are often delivered by such vehicles. We may even end up owning such vehicles ourselves, for example if we want an electric RV or need a larger, spacious vehicle to transport someone who is wheelchair bound. While this news may not be as exciting as the announcement of a new, low slung performance oriented electric car or a rugged, capable electric lifestyle vehicle, it’s hard to deliver 4,000 pounds of tomatoes in a Tesla performance sedan or shuttle 12 people to the airport at the same time in an EV6. We should welcome this news. We should even be a little bit excited. It won’t be too much longer until a good number of those trucks and vans and something or others in between that we see on the roads each day, delivering people and stuff from one part of our towns and cities to another, glide past us in near silence and emit no more clouds of diesel smoke and choking exhaust. Thank you Kia, for making this part of mobility part of your goals too.