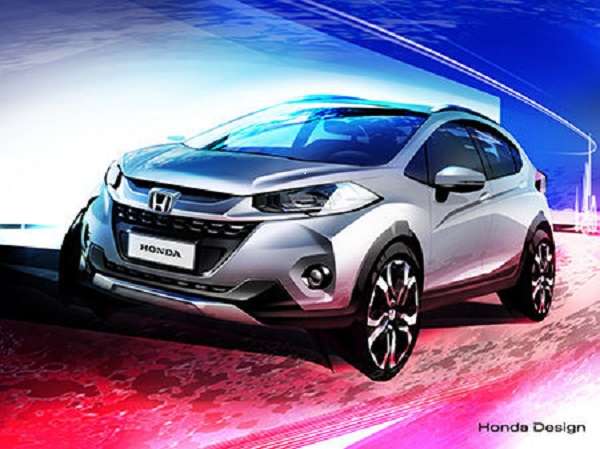 I won’t make any assumptions here as to the platform origins of Honda’s latest compact SUV creation. Other than that the concept pictured above is a forerunner to a production compact SUV, roughly the size of the Fit platformed HR-V presently available to North America -- I think.

And, in the Brazilian market, will be offered in a Ethanol compatible low displacement 1.5L i-VTEC FlexOne engine, possibly turbo diesel, and most likely shifted via CVT technology.

Looking to the concept sketch, we find an offering that carries the design language of the current “City” forward, with the fat front and side profile of Honda HR-V, magnified just a tad! I’m assuming that it will be offered in all-wheel-drive, but Honda’s not saying.

Could we be looking at the long speculated sub compact Acura crossover?

Could be! With a majority of new car buyers opting to SUV or crossover designs in the U.S., there’s been speculation over the years as to Acura Division spinning off a subcompact crossover, just below the price point of the current RDX. Personally, I doubt it. But then again, I’m just speculating here.

According to Honda World News: The all new 2017 Honda WR-V (Winsome Runabout Vehicle) concept, will make its world debut at the 2016 Sao Paulo International Motor Show, November 10-20. Take a look at the Brazilian Honda lineup here.