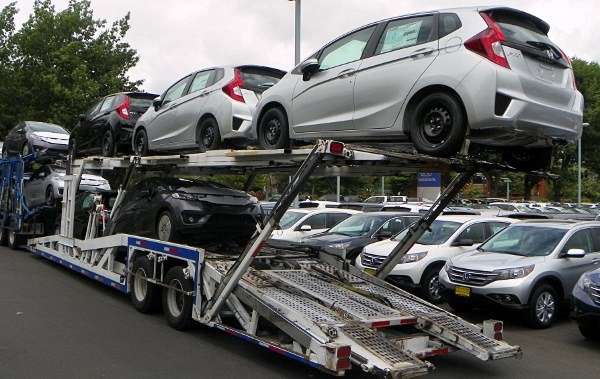 For the second month in a row we’re hearing from Black Book Market Insights, that vehicle depreciation rates are accelerating. What’s causing it, and how does this downturn impact you?
Advertisement

While a second year of record car sales generally signals sustained growth in a mostly recovered economy, the downside for sub compact and luxury car owners alike is an accelerated rate of resale vehicle value depreciation.

In a 17 million unit sales year there will generally come a glut in used car inventory, that’s what we’re looking at today. How does this impact the new car buyer, used car buyer, and lease returns?

As with any commodity, a glut in the market will result in a measurable decrease in the retail market value of that commodity. A lower trade in market value, due to a drop in demand for used cars, directly impacts the trade in value of your used car, subsequently resulting in a lower “residual value” at the time of trade in or private sale.

What does Black Book have to do with it?

Hybrids and Plug In electric: Yes they’re also in a sales downtrend, and are expected to remain so as long as gasoline is cheap, plentiful, and retail pricing remains measurably higher than a comparably equipped internal combustion motivated car or light truck.

An opportunity may exist in the used car markets

With the repair of the U.S. economy has come a drop in retail used car pricing -- with annual depreciation rates exceeding double digits in the sub compact and luxury sedan segments. This growing trend may be an opportune moment to purchase that 40 MPG subcompact hatchback you’ve had your eye on, or that AMG Mercedes Benz sitting at the top of your automotive wish list.

According to Black Book

This week’s Black Book Market Insights report offers insight into the last twelve months of depreciation for all segments. The data show that nine of the twenty-five segments are trending at higher-than-average depreciation (higher than 18.0% during a 12-month period).

“Most car segment values continued to decline at a steeper rate last week. As both credit availability and inventories remain high, Labor Day Weekend should provide a good boost to clearing the inventory,” said Anil Goyal, Senior Vice President of Automotive Valuation and Analytics.
Volume-weighted, overall car values decreased by 0.75% last week. This is higher than the average depreciation rate of 0.66% seen in the previous four weeks.

In car segments, the Near Luxury Car segment declined the most, dropping by 1.26%.
Volume-weighted, overall truck values decreased by 0.37% last week. This is similar to the average depreciation of 0.40% seen in the previous four weeks.

In truck segments, Subcompact Crossover segment declined the most, dropping by 1.11%.