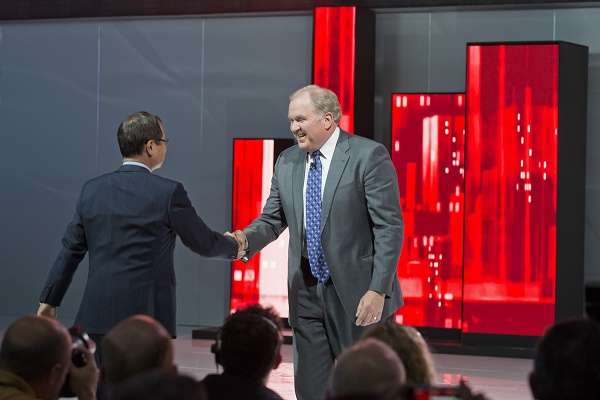 In a world of inevitable ongoing change, there comes a shift at American Honda Motor Company. An auto-world-celebrity in his own right, “Big John” Mendel will be missed
Advertisement

I met John Mendel at an Acura TLX event a few years back in Virginia. At that time, I found this big bear of a man to be formidable, well spoken, but effectively the “King” of American Honda Automotive, and not overly approachable. With the Takata Airbag related threats would come bodyguards, that too would change.

Over time, I would come to regard John as a friend, as he often went out of his way to share with me what he could as to the inner workings of Honda, near future developments, and where the maker was headed with alternative transportation development, safety, and electrification. Furthermore, I appreciated John’s personal acknowledgement of my work as an automotive journalist.

As it turned out, I would soon come to realize that Mendel epitomized the roll-up-your-sleeves and get it done attitude that drives Honda. What you see with Mendel, is what you get, there’s no false pretense present, he’s a genuine Honda player, and a “car guy,” in the old-school sense of the auto industry.

John Mendel worked his way up through the Ford Motor Company, before transitioning to Mazda, and then Honda Motors in 2004 -- just on time for the world-wide recession. He made it through the economic s… storm, Honda made it. In short, John Mendel is liked by auto dealers, the automotive press, and associates. Because, at his base corp. he’s one of us, a no nonsense team player.

Effectively the head of Honda’s U.S. Automotive operations, John Mendel would appear at car shows an news briefs, time and time again over the years, sharing the good news as to industry benchmark setting model roll outs, while putting out media fires, airbag recalls, while explaining the supply-chain cause and effect, of earthquake, and tsunami related impact on America’s 4th largest automotive brand.

Through good and bad times, “the buck stopped” at John’s desk, as he masterfully handled diversity, setbacks, and success, all, to the betterment of Honda and its premium brand Acura, a true professional.

As with all entrepreneurs

As announced yesterday by Honda News, Mr. John Mendel will retire from Honda. He joins his sons in a micro distillery start-up in Mammoth California. I’ll be headed over to “Devil’s Creek Distillery” to sip some moonshine sooner than latter, and wish John Mendel smooth sailing towards a less strenuous work load, happiness, and continued success.

As to the future of American Honda Motors, it’s in good hands with Mr. Jeff Conrad. Stay tuned.