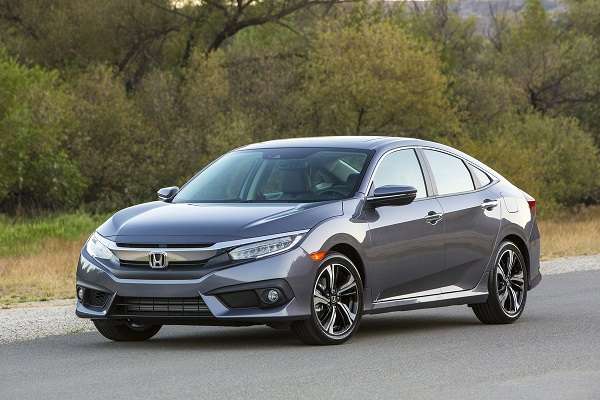 With 2016 Honda Civic presently sitting at #1 for retail compact sedan sales in the U.S.,, now is not the time to headline a reliability issue. However, that’s exactly what comes out of Consumer Report’s annual reliability report.
Advertisement

For the first year in memory, Consumer Reports drops Honda Civic from it’s highly coveted “recommendation” list -- stating a rash of consumer’s reporting “too many reliability issues,” more specifically -- new age, hi-tech connectivity and driver-electronic interface problems. According to C.R., Honda Civic drops to #10 in its segment as to overall reliability.

According to the Wall Street Journal, and other lead publications, Consumer Reports points to reliability issues, specifically electronic in nature, up to and including complete dash replacements -- frustrating not only for Honda, but to new Civic owner.

Honda Civic finds itself in some pretty heady company as Acura A3, all of the GMC pickup, SUV lineup, and other manufacturers find themselves sidelined this year by Consumer Reports. However, our Honda Civic specific readers have raised concern on more than one occasion as to the initial quality of the 10th generation Civic.

In my qualified opinion, the demand for 2016 Honda Civic and subsequent record production is nothing short of mind blowing. However, with heightened demand, (sometimes) comes shortcomings in initial quality -- especially in a first year model run. Such is the case with the all new Civic. A good car on its way to greatness. Read our latest 2016 Honda Civic revue here.

Frankly, other than a suspect wayward stitch on the back of a driver’s seat, my visual and sensory experience with 10th gen Civic has been an exceptional one -- as it is for the vast majority of our readers. In an age of electronic-driven consumer satisfaction, there’s bound to be a bump or two along the road of seamless integration.

Here’s what Honda has to say about it

“Honda, in a statement, said it values both customer and third-party feedback and will continue “working diligently to enhance the usability and functionality of these in-demand technologies in our unrelenting effort to create new value for our customers.”