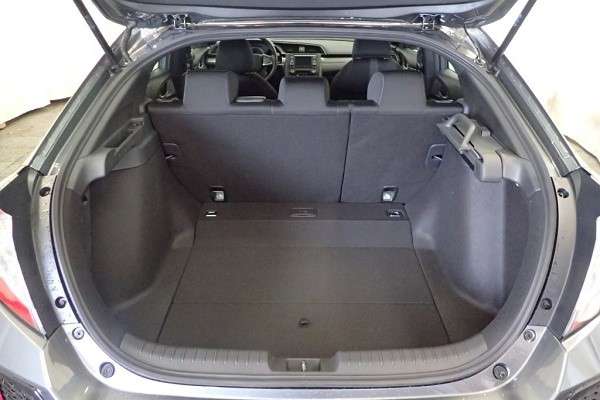 Here we go again. It appears that Honda may have overshot its initial production projections for the highly anticipated 2017 Honda Civic Hatchback. Or, dealers are taking a pass!
Advertisement

The best selling Civic in recent years is the 10th generation Civic lineup. It's been a great 2 or 3 years to report on the Honda brand in North America, as the maker progresses on effectively reinventing the brand.

Admittedly, I’m somewhat of a Honda fan. Growing up near ground zero in Los Angeles, California, and witnessing hands-on, the evolution of America’s first Japanese motorcycle and car import brand -- Honda is ingrained in my automotive D.N.A.. It hasn’t always been a smooth or happy ride. But today, I’m pretty darn happy with the drive, ride and safety dynamics of Honda's lineup. At the end of the day, I consider this car to be a bargain.

However, there’s been something key to my interest missing, and it still appears to be, in the Pacific Northwest anyway. Why doesn’t the largest and second largest Honda dealership group in Oregon and Washington have a wide selection of the much touted and too long awaited Honda Civic Hatchback in stock? Good question, and today I set out on a quest for a viable answer.

“Should be here in a couple of weeks!”

Dick Hannah Honda of Portland, Oregon and Vancouver, Washington shows one 2017 Honda Civic LX on their website. The suggested MSRP for this very basic entry level Honda Civic Hatchback is $21,335. But you know what? It isn’t going anywhere. The auto group will hold this unit on the lot for show and tell until the dozen or so Hatchbacks on back order filter in. Remember the HR-V?

Kendall Auto Group of Eugene, Oregon is one of if not the largest volume Honda, Acura dealerships in Oregon. They have ZERO English built 2017 Honda Hatchbacks listed in stock. And frankly, although our friends at Kendall look to the next truck for the arrival of Honda’s next big seller -- they fall short of announcing that arrival date. In the meantime, Kendall shouts close out pricing for this car. It’s not unusual for Honda or any other auto maker to cautiously roll out a new variant; that’s a given. But with the now audible roar that is the online buzz about 2017 Honda Civic Hatchback, and the soon to be revealed Civic Si, I would think that the “top 2” Honda sales volume dealerships in Oregon and Washington would have one or two 2017 Honda Hatchbacks proudly displayed on the showroom floor -- but then again, that’s just me.