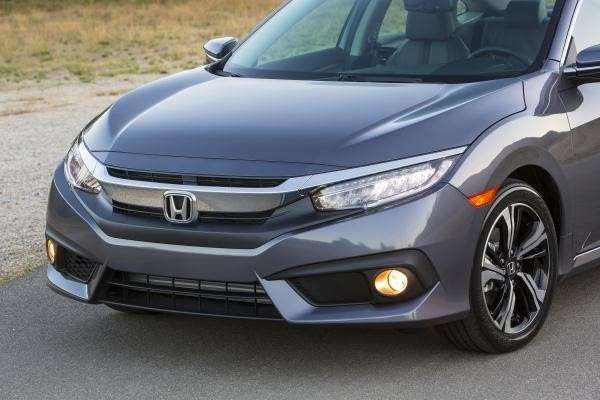 Granted no one that we know of wishes to collide with a pedestrian or cyclist on their daily commute. Guess what, it happens every 8 minutes
Advertisement

The day my late father came home from his daily commute to downtown Los Angeles a bit more rattled than usual, one could cut the air with a knife. Pale as a ghost and trembling, Pop had just hit an older woman crossing onto the street between two parked cars.

She wasn't dead, but apparently if Dad had been driving a car with the impact deflection features of 2016 Honda Civic Sedan, she may have walked away from the collision with minor injuries.

A pedestrian or bicycle collision occurs in the U.S. every 8 minutes

My home base Eugene, Oregon is the #2 bicycle commuting city in the state. Over the past 12 months, I’ve personally witnessed no fewer than 4 related auto-pedestrian-bike entanglements, one resulting in death. According to this site, there were no fewer than 85,000 bicycle, pedestrian accident related injuries and deaths in 2013, the latest statistics available as of this writing.

Bottomline: Anytime the human body meets the hood of a car at any speed, there will be some measurable bodily harm. What Honda has done to reduce the effects of car to human contact is relatively simple as to form and functionality. Every maker should feature it, and in practice many do.

Civic Sedan features several passive and active impact reducing front cowling, headlamp, hood, hinge, and windshield wiper component deflection and break-away features for 2016. These features can and do save lives, and at the minimum reduce the severity of pedestrian impact injury.

2016 Honda Sedan is soon to be the highest safety rated sedan in the economy compact car segment. Take a look at our latest review here.

In a world according to Honda

The 2016 Civic was engineered to earn top-class collision safety ratings. In particular, these include a 5-Star Overall Vehicle Score from the National Highway Traffic Safety Administration (NHTSA) in its New Car Assessment Program (NCAP), along with a TOP SAFETY PICK+ rating from the Insurance Institute for Highway Safety (IIHS). A significant area of improvement is the goal of achieving a Good rating in the latest IIHS small overlap frontal crash test.

Pedestrian Injury Mitigation Design
Structures in the front of the 2016 Civic are designed to help absorb energy in the event of a collision with a pedestrian. Research by Honda shows that the following features can dramatically improve a pedestrian's chance of survival if struck by a moving vehicle.
Deformable Hood with clearance to engine

Specific pedestrian head injury mitigation features include:
· Hood is designed to deform if contact is made with either an adult or a child pedestrian
· Sufficient clearance exists between the hood and hard engine parts, allowing the hood to deform if impacted by a pedestrian
· Windshield base has a unique section structure for efficient impact energy absorption
· Energy-absorbing fender mounts and supports
· Breakaway windshield wiper pivots
· Deformable hood hinges

Elon Makes a Cybertruck Statement With an Action, But Quiet in Words
Tesla's Record Month in China: Doubled Registrations in March 2021
END_OF_DOCUMENT_TOKEN_TO_BE_REPLACED