Toyota New EV Plan Showcases Everything From Cars to SUVs, Supercars and a Truck

During one of the numerous Toyota press conferences I have attended as an automotive journalist, one of the Toyota executives said something in the lines that "mobility should be for all." It was almost like he was conveying that mobility should be a fundamental human right. With the surprisingly rapid development and adoption of electric vehicles, the world (at least the developed world) could have a chance to make mobility as cheap as it ever was. This could bring a new era in communication and sustainability we never witnessed before.

Some would say that Toyota realized battery potential quite early as they pioneered the creation of the hybrid vehicles in the nineties. However, their apparent lagging in the electric vehicle department did raise a few critical eyebrows in the automotive industry. Not that long ago, some even openly suggested that Toyota Motor Corporation lobbies to slow down the transition from fossil fuels to electricity. This could have some merit as the company dramatically invested in developing hydrogen fuel-cell-powered cars.

Nevertheless, all that could also be a moot point as we learned that Toyota Motor Corporation plans to be a part of the transition to electric-powered vehicles.

These are the essential outtakes from the Aikido Toyoda press conference held in Tokyo:

- Akio Toyoda announced 30 BEVs by 2030
- Lexus will become an EV brand in Europe, North America, Japan, and China by 2030, with planned sales of 2 million EVs yearly
- Lexus plans to become an EV-only brand by 2035
- Toyota shifts its focus toward developing the CASE technologies (Connectivity, Autonomous, Sharing/Subscription, and Electrification) and partnerships with similarly motivated companies
- Toyota Motor Corporation strives to achieve carbon neutrality by offering Carbon-Reducing vehicles and Carbon-neutral vehicles.
- Introduced bZ series of cars (bZ is not for Benzin, of course, but it is an acronym of sorts for "Beyond Zero")
- 16 Toyota and Lexus EVs revealed
- Lexus will develop and produce LFA inspired electric supercar
- Toyota Motor Corporation continues with the development of solid-state batteries for the next generation of EVs

Toyota will invest $35 billion in EVs

Although declining to join a pledge to phase out fossil fuel cars by 2040 with GM and Ford, Toyota plans a serious expansion of its EVs and hydrogen-powered vehicle lineups. After all, Toyoda noted that Toyota Motor Corporation plans to invest $35 billion into BEVs by 2030. Serious business right there.
Nevertheless, the cars showcased at the event include small vehicles, SUVs, sports cars, premium cars, and even delivery vehicles.
Most of the cars showcased - at least SUVs and crossovers, ride on a newly developed EV platform - bZ. I also know that Toyota works closely with Panasonic to develop the batteries. It would not be a surprise to see similar batteries to Tesla's in its latest cars. 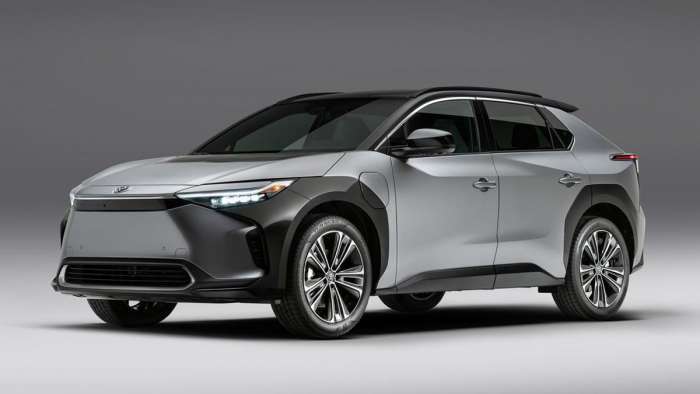 Toyota bZ4x is the first production BEV from a Japanese company. Developed in conjunction with Subaru, the SUV features a 71.4 kWh battery good for 280 miles. It has all-wheel drive and two-wheel drive options, with 217 and 204 horsepower motor options. 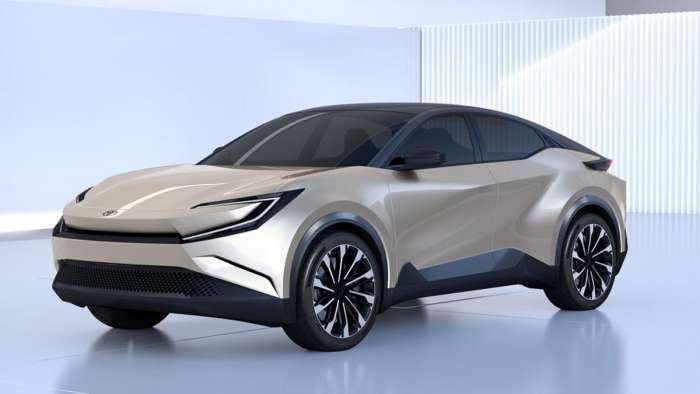 Looking like a C-HR from the future, the bZ Compact SUV features a swooping roofline, short overhangs, and coupe styles silhouette. It does look cool and dashing. 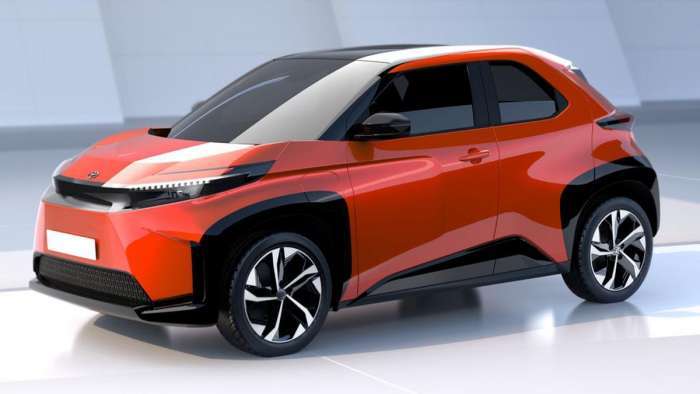 Designed for Japanese and European markets, the Toyota bZ Small Crossover captures the essence of urban mobility. This crossover seems to be smaller than the current small Yaris Cross. I can picture it roaming through the narrow streets of Rome. 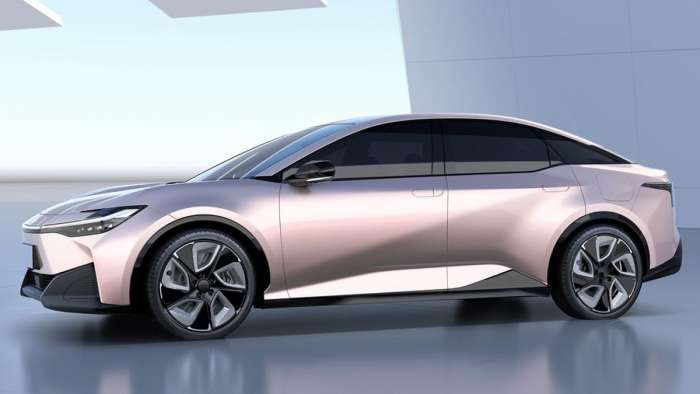 Looking spectacularly close to what we could consider a Tesla Model 3 and Polestar 2 competitor, curiously named bZ SDN features four-door sedan form, with coupe-styled rear end. It could be a preview of things to come on the compact sedan playground. 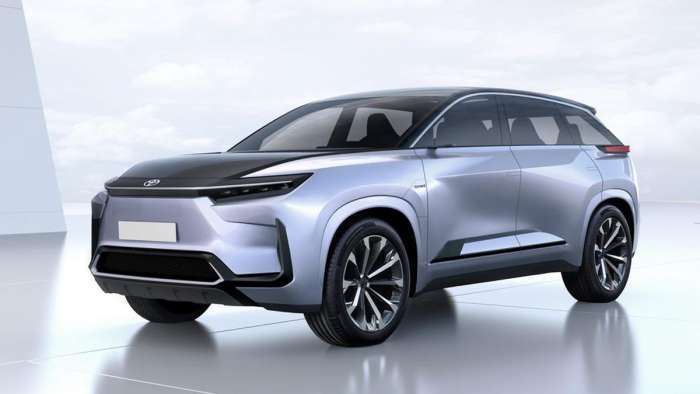 This one is a no-brainer. Even though Toyota calls it a Large SUV, I cannot shake a feeling that this would be a mid-sized proposition in the US. Due to its size, however, it should gain a bit larger battery pack compared with what you can get in the bZ4x. 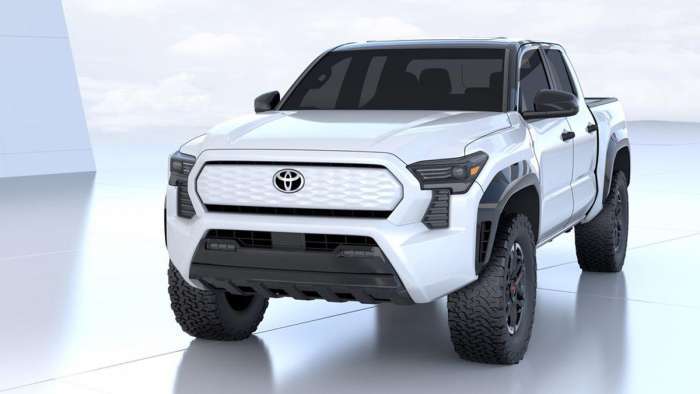 With so much talk about EV trucks, one cannot but wonder what this segment will look like in 15 years. Toyota has an answer. Truck EV is it. Could this be the EV Tacoma? Toyota's rich heritage within the small off-roaders points me to give the Compact Cruiser EV a fat benefit of the doubt. It will definitely be a small unibody off-roader. Probably one of the more capable within the imaginary segment of electric Renegades, Evoques, XVs, and even Jimnys. 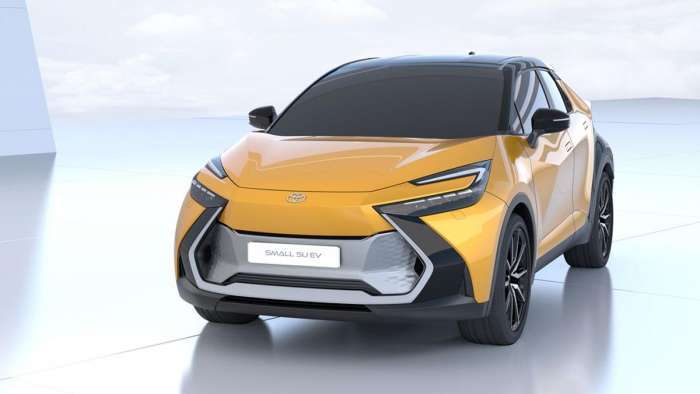 Playfully dubbed the Small SU EV, this Toyota electric proposition seems to be a bit of a fad. I cannot precisely picture where it fits. Maybe in some pseudo segment like recently introduced Corolla Cross. Who knows?! Looks interesting, though. 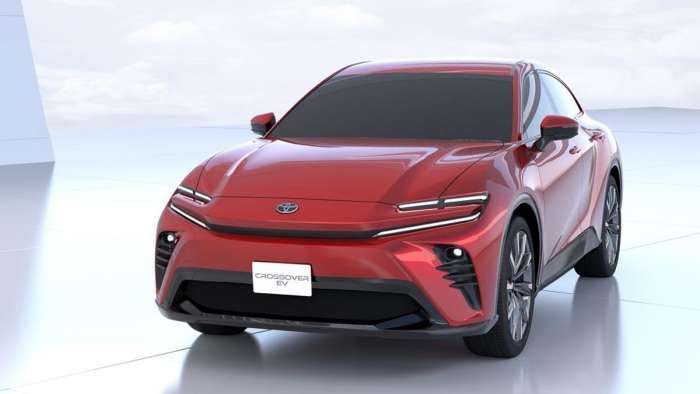 Now, this is something likely to fit in the same bracket as the Corolla Cross. It is not as abundant as the Small SU EV, but it features sports-like style characteristics. Can't wait to see what comes from it. Maybe a Mazda CX30 competitor! 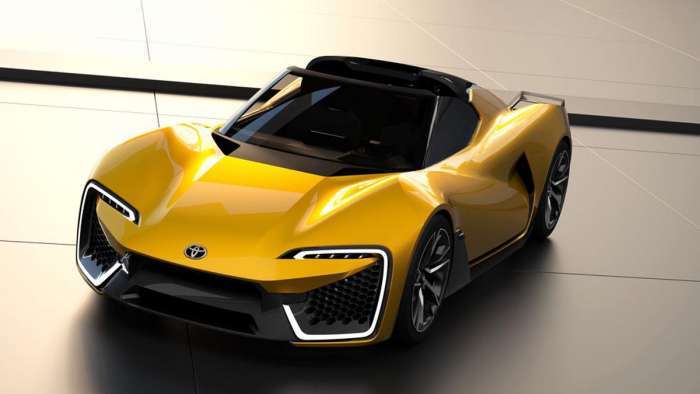 I don't see here a GR Sports EV. I can only see a revived MR2 in its electric guise. That would be cool! GR Sports EV looks fantastic to me. Hopefully, it won't weigh like a moon. 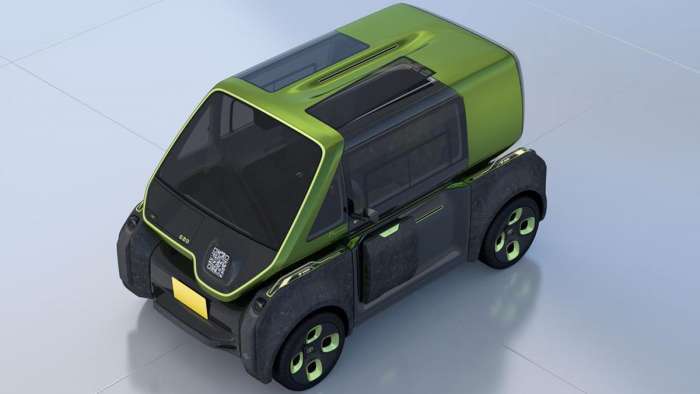 Remember Toyota iQ? Well, this is not its EV successor! The Micro Box is the delivery vehicle probably designed for crowded Japanese cities. It could be fun to have a blast in it, though. It has some of that Citroen Ami vibe to it. Toyota Mid Box is also a commercial van. I can see it as a wonderful alternative to the Mini Cluvan. Now, this is the real meat. The Lexus Electrified Sports EV Concept directly nods to the mighty LFA. Continuing the supercar essence of the LFA, the Electrified Sports EV concept should provide new driving dimensions and give us a sub 2 seconds 0-60 mph time. Expect 435 miles of range from its solid-state batteries as well. Yes, solid-state, you read that right. No one has a clue when it will dawn on us. It looks like a vehicle that should go toe to toe with the Taycan. With its four-door coupe-style, the powerful sedan shows that Lexus will not ease out of the segment. Looks quite charming to me. Lexus RZ is a posh version of the Toyota bZ4X. It will bear the name of RZ 450e. I would be surprised if this EV SUV does not become an RX successor.