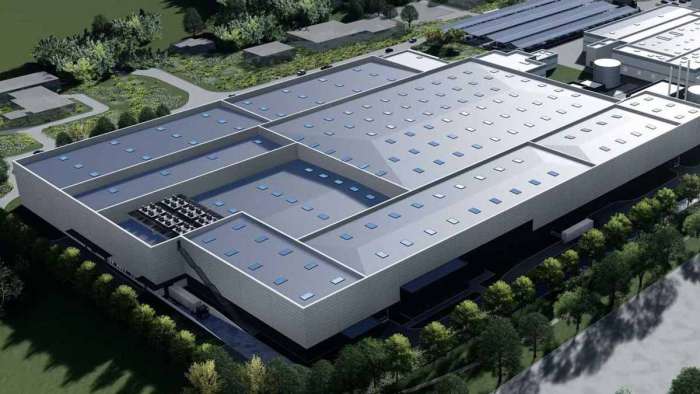 The shift toward electric cars seems to be far quicker than any of us could imagine. While some may say that the number of sold EVs is still unconvincing compared with the number of sold ICE-powered cars (apparently, only 1 in 250 vehicles on the road is electric), one must say that the investments into the EV tech only grow.
Advertisement

Only today, we picked up on four quite raucous announcements made by prominent manufacturers in the realm of electric tech:
- Mercedes-Benz joined Stellantis and TotalEnergies Joint venture to produce ACC Battery
- Volkswagen builds new battery factory in China
- Ford is close to choosing the place for its battery production facility in Europe
- Panasonic promised the introduction of high-energy-density 4680-type cylindrical cells for EV batteries

Mercedes-Benz joins Stellantis and TotalEnergies in the production of EV batteries.

A newly formed joint venture between Stellantis (Fiat Chrysler Automobiles and the PSA Group conglomerate) and TotalEnergies (French oil and gas company) was complemented today when Mercedes-Benz announced its involvement in companies effort for the production of EV batteries. The previously announced joint venture obligated Stellantis and TotalEnergies to invest up to 5 billion euros into building two battery production facilities in Europe by 2030. However, with the introduction of Mercedes-Benz into the fold, planned investment grew by additional two billion euros. The joint venture, known as Automotive Cells Company (ACC), now backed by three massive companies, aims to increase yearly battery output to at least 120 GWh by 2030.
This joint venture, backed by a European Union investment of 1.3 billion, marks a whole new era in the production of batteries in Europe. Experts expect that the first battery factory in Kaiserslautern, Germany become operational in 2023. Other factories will spruce up in later years – we know that ACC plans to build one in France and possibly the third in Germany.

Ford is on the verge of deciding whether to start a new battery production factory in Halewood, England, or Cologne, Germany.

One of Ford's transmission factories in Europe will shift its focus toward producing electric car batteries. Ford is still trying to decide whether to expand its battery production by investing in its factories in Halewood, England, or Cologne, Germany. With the announcement of plans to sell only electric cars in Europe by 2030, Ford looks to maximize its EV production efforts by building cars based on the Volkswagen MEB platform. The company will deliver its first MEB-based EV in 2023, thus considerably expanding its cooperation with Volkswagen. Now, I visited Ford facilities in Cologne some time ago, and I saw that they are next door to the Volkswagen facilities in the region. With already set up infrastructure, it seems to reason that Ford will choose to transform its transmission factory in Cologne into a factory that builds build electric motors, transmissions, and invertors for EVs.

These three announcements revealed only today show a dramatic shift in the automotive industry. With all significant manufacturers investing heavily in electric car batteries, we can only expect that the BEV revolution is closer than we could ever imagine. It seems that the manufacturers are preparing infrastructure for a massive onslaught of electric vehicles at this very point. Even Panasonic, a company that delivers its batteries for Tesla 3 and Tesla Y, announced the new, higher density type of EV battery. Continues shift clearly shows that we are on a path of no return. Electric cars are here to change a whole perspective on the automotive industry.

Safet Satara is an automotive journalist and car enthusiast who has nurtured his automotive endeavors since he was 19 years old. He specializes in European cars, EV technology, and research about automotive industry issues. Safet has also written automotive pieces for Gearheads.org, Topspeed.com, Autowise.com, and various print magazines, including ProAuto. His specialty - testing cars - more than 500 tested cars under his belt. You can follow Safet Facebook, Instagram, and Twitter.