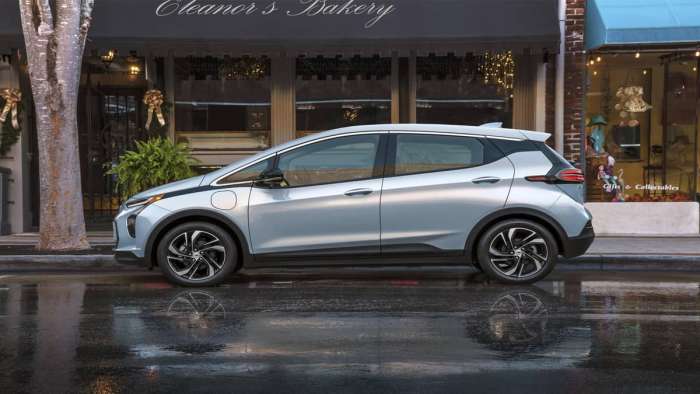 The ongoing Bolt battery recall and the subsequent stop in production would make many automakers call it quits on such a problematic model. However, a new report suggests that GM may be faced with more headaches if it formally axes the Bolt from its lineup
Advertisement

General Motors is pushing ahead with its electrified future, but while Ultium powered models like the Hummer EV and the Cadillac Lyriq are showcasing the company's full potential in the green market. A less desirable legacy may continue to haunt the company if it chooses to ax the Chevrolet Bolt EV according to a new report from CNN Buisness.

Bolt Helps Fill A Role For GM Even If It's Flawed

GM is preparing to roll out its lineup of Ulitum powered vehicles, but one major problem is that the first wave of these models are targeted towards wealthy early adopters and buyers, which leaves the bulk of the buying public out of the mix. The Bolt, on the other hand, was designed from the beginning to appeal to the mass market, especially with its $31,000 price tag. The newly minted Bolt EUV was supposed to expand the idea by giving customers a more utility-focused version of the Bolt for everyday use.

As a result, the Bolt is currently the only mass-market EV offering GM has, especially with their upcoming models having price tags that are either over $100,000 or are slightly under it before various fees and taxes are factored in. That allowed the Bolt to serve as a potent gateway model for EV adopters either looking to move up into newer GM EV offerings or buyers that want to go all-electric but only have a modest budget to work with.

The Bolt also had the highest conquest rate in the GM lineup (pre-recall) , with the company reporting in the past that 70 percent of new Bolt buyers were customers that came over from other automakers. That's important, especially with rivals like Tesla, Volkswagen, and even Ford all offering EV entries priced in the mainstream market. 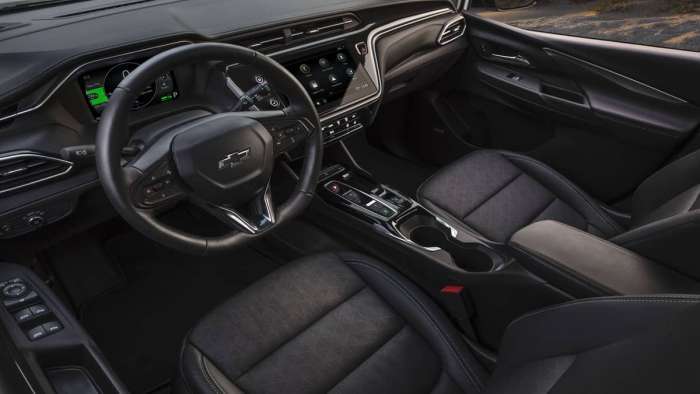 The calls to ax the Bolt from the lineup have become louder in recent months, but the actual act of axing it from the lineup is not as straightforward as it seems, and lingering issues will most likely prevent GM from doing so. The company has stated that the Bolt's future is still positive and that it will not be going anywhere once production starts up.

Part of this comes from GM's having to invest sizable amounts of capital into retooling the Orion Assembly Plant. The facility has proven to be a very adaptable plant for GM and has worn its fair share of hats over the years, but moving new tools and potentially reconfiguring the entire interior of the plant for a new model will be a considerable investment.

Instead, look for GM to potentially follow through with its attempts to restart Bolt production at Orion with the current tooling in place. This would allow the company to make maximum use of their original investment into Bolt production methods and equipment while also potentially building a fund for future plant retooling if it decides to move another model into the plant.

Lastly, GM recently launched the Bolt EUV alongside the redesigned Bolt and is still eying a vital slice of the EV market once things with the Bolt recall are all sorted out. The development of both models also cost GM alot of capital, and with the typical lifespan of an automobile being roughly four or to five years, GM will want to do everything it can to squeeze all the profit potential it can out of the Bolt.