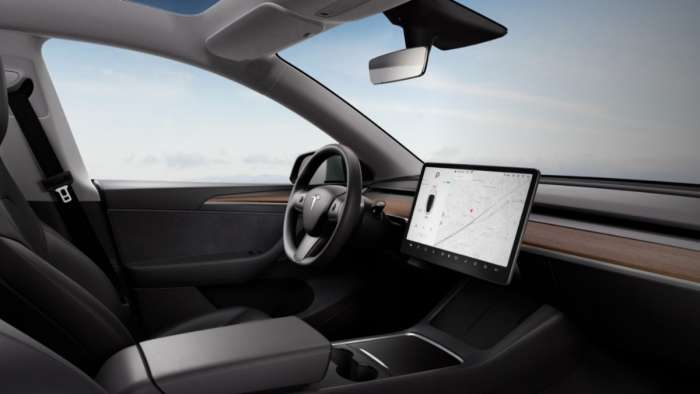 As of today, the Tesla Model Y is available for reservations in the UK, with the first deliveries scheduled for early 2022. The Model Y is set to go head-to-head into direct competition with other performance electric SUVs, including Ford's Mustang Mach-E, Audi E-tron Sportback, BMW iX3 and Mercedes-Benz EQC, but at very different price tags. All British right-hand-drive cars will be shipped from Tesla’s Shanghai factory in China, which is also where UK-spec Tesla Model 3s are produced.
Advertisement

A brief comparison shows us the following facts: the 2022 Mustang Mach-E is available with either a standard-range 68.0 kWh battery or an extended-range 88.0 kWh pack. These feed an electric motor mounted on the rear or both axles. That latter combination creates all-wheel drive, and on the sporty GT and GT Performance models, the motors combine to make 480 horsepower and up to 634 pound-feet of torque. Ford claims this will send the Mach-E GT Performance from zero to 60 mph in just 3.5 seconds. Less powerful models make between 266 and 346 horses and between 317 and 428 pound-feet. 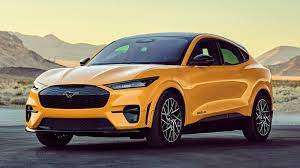 The Audi E-Tron Sportback is motivated by two electric motors, one on either axle, both of which are fed by a 95-kWh battery pack mounted in the floor of the vehicle. Total system power is rated at 355 hp and 414 lb-ft of torque. A Boost mode, accessible for up to eight seconds at a time in Sport mode, raises output to 402 hp. When tested for the ´2020 SUV of the year competition´, it accelerated to 60 in 5.1 seconds. As for range, this is where the E-Tron falls behind as compared to the Model Y. Even with an additional 18 miles of capability for 2021, the E-Tron's EPA-rated 222-mile range doesn't come close to that of Tesla's more affordable Model Y. The range test of the 2019 model saw the electric Audi set to tap out after just 176 miles, coming short of its EPA estimate. The Audi doesn't compare any better when it comes to fuel economy, with an estimated 78 mpg-e combined city/highway. Go for a Model Y and that figure increases to 111 or 121 mpg-e. 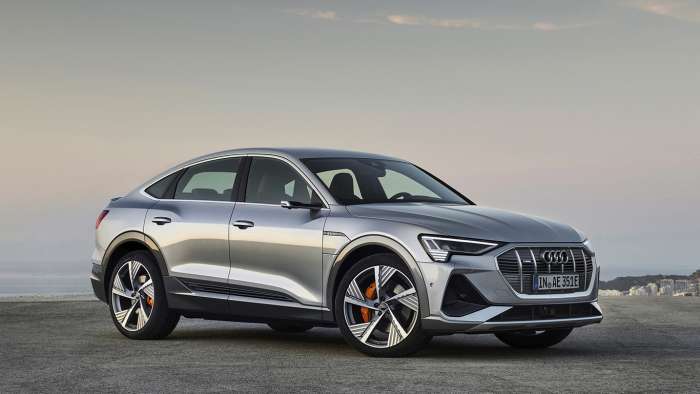 As for the BMW iX3, it features the fifth generation of BMW’s eDrive electric powertrain technology. Its single electric motor develops 282bhp and 400Nm of torque, making the iX3 capable of accelerating from 0-62mph in 6.8 seconds and reaching an electronically limited top speed of 112mph. The iX3 is rear-wheel drive only, with no xDrive four-wheel-drive model announced as of yet. However, the iX3 does boast an 80kWh battery (with 74kWh usable capacity), making it capable of up to 285 miles on a charge. It can charge at up to 150kW – faster than the Audi Q4 e-tron, but slower than a Hyundai Ioniq 5 or Kia EV6. Still, that's enough to get the batteries from 10% to 80% capacity in 34 minutes if you find a fast enough charging point. Charging it from a regular 7.4kW home wallbox will take almost 12 hours. 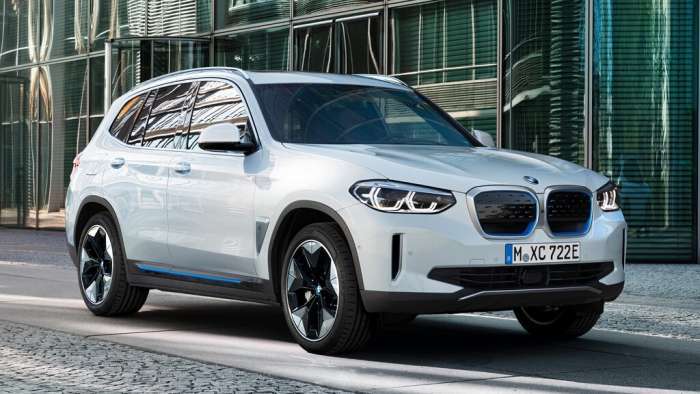 The Tesla Model Y beats them all. It is an amazing SUV, as it was designed for safety: like every Tesla, the it was designed to be the safest vehicle in its class. The low center of gravity, rigid body structure and large crumple zones provide unparalleled protection. It also provides maximum versatility - able to carry 7 passengers and their cargo. Each second row seat folds flat independently, creating flexible storage for skis, furniture, luggage and more. The liftgate opens to a low trunk floor that makes loading and unloading easy and quick. Tesla All-Wheel Drive has two ultra-responsive, independent electric motors that digitally control torque to the front and rear wheels - for far better handling, traction and stability control. Model Y is capable in rain, snow, mud and off-road, all with an amazing acceleration: from zero to 60 mph* in as little as 3.5 seconds. 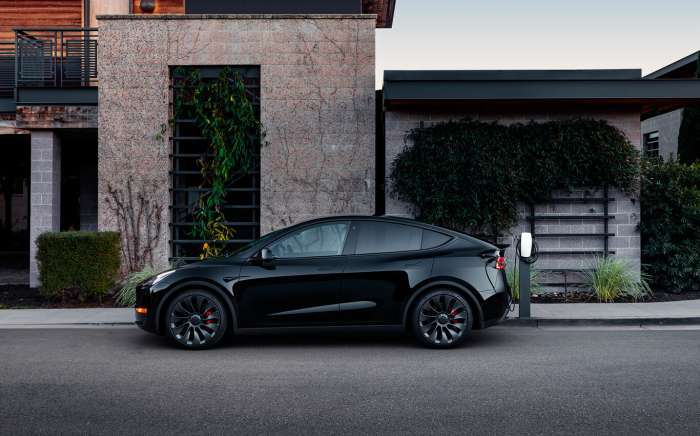 You can go anywhere with up to 326 miles of estimated range on a single charge; and you can recharge up to 162 miles in 15 minutes at Supercharger locations. If you charge overnight at home, you can wake up to a full battery every morning. And when you’re on the road, it’s easy to plug in along the way - at any public station or with the Tesla charging network. They currently have over 25,000 Superchargers worldwide, with six new locations opening every week.

With an elevated seating position and low dash, the driver has a commanding view of the road ahead. The interior of Model Y is simple and clean, with a 15-inch touch screen, immersive sound system and an expansive all-glass roof that creates extra headroom and provides a seamless view of the sky.

The way I see it, Tesla is still at least 8 to 10 years ahead of the competition, and will remain so in the foreseeable future, unless some unexpected breakthrough happens in the battery industry. Henry Ford invented the assembly line more than a 100 years ago, but now Tesla is disrupting the auto industry once again, in real time.

LG's New EV Battery Plant Is a Welcome News for Tesla
Tesla Giga Berlin's New Hurdle: It's Not Only the Gov't, but Now Tesla Itself
END_OF_DOCUMENT_TOKEN_TO_BE_REPLACED