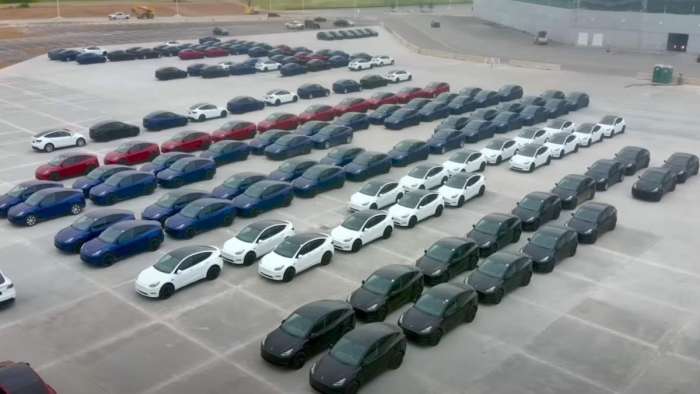 Tesla had a rough Q2, 2022. Was this a one-time difficulty or will Tesla face more difficulties? Let's take a look!
Advertisement

Tesla had a very difficult quarter, from April to June, 2022. Giga Shanghai was shut down and there were issues with pressure on Tesla from Elon's Twitter deal and supply chain shortages and challenges. How will Tesla fare this quarter?

The first thing to look at is Tesla's announced delivery numbers for Q2, 2022. Tesla produced 258,580 vehicles and delivered 254,695 vehicles. This was pretty close to most analyst's expectations. From last quarter, this was a drop of about 15%. Not too bad for having a horrible quarter.

These numbers represent a 26.5% year over year growth rate and that was with about 1 month of a shut down from Giga Shanghai. Tesla is also ramping up Giga Berlin and Giga Texas and I would expect those factories to start contributing much more in Q3 and Q4 of 2022.

Production is really the only figure to care about when it comes to Tesla's progress. Tesla is still production constrained with batteries. This Q2 of 2022 is not an important quarter and doesn't provide an accurate portrayal of where Tesla is headed.

How Will Tesla Be Affected?

Tesla is still below $700, which seems like a low price for Tesla's stock. Some people are saying Tesla is going to $500. Is there a risk of this happening. Anything can happen, of course. If Tesla drops, then you can expect that other companies would also drop. Currently, there is no reason for Tesla to drop that low relative to the market. So be careful listening to others opinions.

The most qualified people to talk about Tesla are already invested in Tesla and see the bigger picture and future growth of the company. Many people thought Tesla would produce 240,000 vehicles this quarter. Tesla kind of beat expectations by nearly 20,000 units.

Tesla could have broken 260,000 deliveries had they taken more from existing inventory. Still, the shut down in Giga Shanghai was the biggest factor that affected Tesla. Giga Shanghai is approaching 2,000 vehicles per day and this seems unbelievable.

The unbelievable statement is now starting to move to reality. It's important to have an appreciation for this amazing run rate in Giga Shanghai. This run rate is because Tesla's engineers are really great at robotics and manufacturing. I would expect all other factories to reach this level.

I personally think Q2, 2022 was a "one off" quarter of challenges and that future quarters will show much greater growth.

Thank you to Tesla Economist for his analysis on Tesla and his report on Q2, 2022. For more information, see his video below:

Do you think Tesla will go down because of this past quarter? How will Tesla do in Q3 and Q4 of 2022?