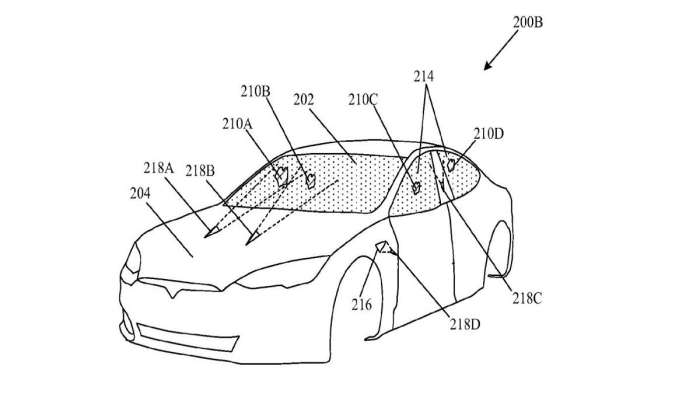 We have news of Tesla patenting laser windshield wipers, according to sources familiar with the matter. Let's see why Tesla might do such a thing.
Advertisement

NEWS: Tesla has been granted a patent where laser beams clean off debris off of the windshield. pic.twitter.com/vi23uRCRiU

What The Patent Is For

Here is the link to the official patent registration.

Let's start with the patent abstract:

My interpretation of this is that Tesla is patenting a laser cleaning system to remove anything blocking the windshield, windows, and back window, and to also have a detection system that assists with knowing when to do this. The laser will also not penetrate the windshield to likely keep whoever is inside the vehicle safe from it.

You can see from the patent picture that there is some kind of device on the hood of the car and I believe this is the device that will create the laser to clean off debris. It could also be "laser" focused just on the area that the FSD camera needs to see out of too. Similar devices are on the side of the vehicle.

What Will It Be Used For?

Why would Tesla create a patent for this? I can think of a few reasons:

They don't want to deal with washer fluid and having to change it. This is especially important if they are going to have a robotaxi fleet. A laser cleaning system will save time and maintenance across a multitude of vehicles. It will also be convenient for those who own a Tesla vehicle as well (once this new laser system gets installed).

With FSD, there is a need for smart cleaning of the windshield so the car can see. Since the FSD forward camera is behind the windshield, what happens if there is a splatter of mud that hits the windshield and the camera cannot see. The car needs to be able to detect this and quickly clear the debris.

Autonomy is the primary reason I believe Tesla is creating this laser cleaning system. It makes sense. Tesla wants a fleet of automated cars that drive and clean themselves. I wouldn't be surprised if Tesla finds a way to pump air into the tires while the car is driving itself. They are just a highly innovative company!

What do you think of Tesla's patent for laser windshield wipers? Will it eventually remove the need for having windshield wipers and washer fluid? Is the reason for this autonomy and full self-driving vehicles with reduction in maintenance time and cost?