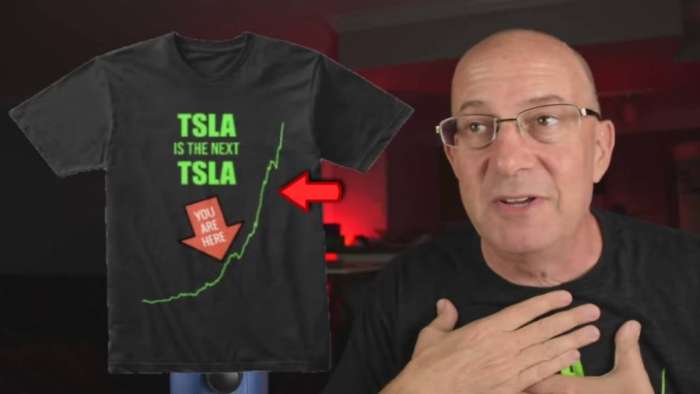 Tesla Is the Next Tesla

Tesla is the next Tesla, according to Warren Redlich. With 5 giga factories ramping production and FSD software that Elon says will be better than the average human driver this year, Tesla could see major growth in the years ahead. Let's go over what he had to say about Tesla.
Advertisement

Tesla Is the Next Tesla

Giga Berlin and Giga Texas are doing more advanced manufacturing than what is being done in Fremont, CA, and probably Giga Shanghai as well. Giga Texas started after Giga Berlin and is currently in its beginning stages of ramping volume production. I would expect it to eventually surpass Giga Berlin.

Tesla China delivered 46,012 units as of June 19, 2022. That will equal about 70,000 units for June, which will help Tesla, which had some shutdowns in Giga Shanghai. There is also going to be another factory built near Giga Shanghai - the next Tesla Shanghai. Ultimately, there will be more than 2 million vehicles from both of these factories.

There will likely be a giga factory in Japan, with Panasonic announcing a 4680 battery cell production plant in Japan. This seems like a possibility. Will a giga factory be built in Indonesia? Elon Musk was meeting with the president of Indonesia and there is a chance Tesla will build a giga factory there.

In fact, I think Tesla will build a giga factory in Indonesia so that the robotaxi vehicle can be built there. This is something we talked about recently - that Tesla may build a robo bus.

Tesla is also production FSD and Elon Musk has stated that any company that is building EVs must also create a full self-driving system for autonomy. Right now, Tesla appears to be in the lead with a solution that will eventually work on any road system. Other companies are currently limited in the locations they can use their software.

Tesla has two things they will do to be the next Tesla. It is ramping production at their existing giga factories and building more giga factories, and the second is continuing to developer their FSD software so that a Tesla drives better than the average human driver.

Is Tesla the next Tesla? Is there anything Tesla will need to do besides ramping production and developing FSD software to grow?