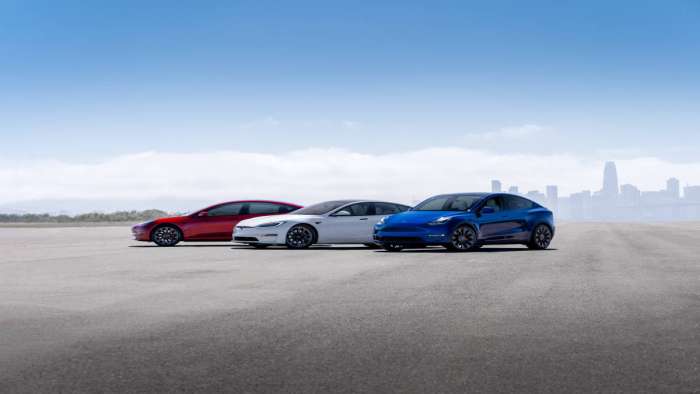 The Only 3 Surviving Car Makers Will Be...

Sandy Munro, well known for his blunt YouTube video reviews of auto makers, says that there will be 3 surviving auto makers on the North American continent by the end of the decade. They are Tesla, Ford, and Rivian. Let's dive into this more.
Advertisement

The Only 3 Surviving Car Makers Will Be...

Sandy Munro has done a video, stating who he thinks the 3 surviving auto makers will be as the end of the decade approaches. He thinks these 3 car companies in North America are going to be Tesla, Ford, and Rivian.

From a Reuters website, the Rivian R1T electric truck is 'way underpriced', according to a manufacturing expert known for his sometimes blunt assessments of electric vehicles from Tesla and others.

The R1T also could use some engineering and production changes to reduce its manufacturing cost, according to Sandy Munro, head of Michigan-based Muntro & Associates, which tears down vehicles and advises automakers on how to improve them.

Sandy Munro is known for his blunt and very well thought out YouTube videos that talk about legacy auto makers and the likelihood of them failing. Sandy says the Rivian R1T has "buckets of cost reduction opportunity" and that this is not unusual for a brand-new vehicle from a company making vehicles for the first time. Munro says that it should sell for $100,000, much more than that current price of $67,500.

This is Rivian, one of the three companies Sandy Munro says will survive. Peter Rawlinson, CEO of Lucid Motors, says that Rivian R1T should be priced at $95,000 or more to be profitable. One thing Rivian did wrong was raising prices after orders last year of vehicles, and causing a back lash with current customers.

Ford and Tesla are the two remaining companies that Sandy Munro says will survive. Legacy auto makers are going to continue to announce various EV products for the future. But the big challenge for legacy auto makers is transitioning from all the existing factories and infrastructure that are making ICE vehicles to EVs.

Legacy auto makers are going to struggle with this. How do you handle the billions and billions of dollars of debt tied up with factories and workers in ICE vehicles and then ramp up an equal number of EVs to transition - how do they reach volume production without going bankrupt?

Remember, Elon Musk says that production is hard and prototypes are easy. Most of the products of companies I've seen are computer renderings with promises of making 10's of thousands of units - all in the future. Rivian is at least producing trucks right now.

Tesla has already reached volume production in EVs. Tesla is able to make their vehicles at a lower cost than other auto makers, whether they are an EV startup, or a legacy auto maker trying to make EVs.

I think Ford may survive too, but they are going to have to really double down on the Ford F150 Lightning EV. That's going to be how they survive and get into the EV world.

Do you think Tesla, Ford, and Rivian will be the 3 surviving auto makers in North America? Will any others survive?

For more information, see this video by Solving the Money Problem on YouTube:

shorebreeze wrote on June 6, 2022 - 7:01pm Permalink
A bold statement. It's worth pointing out if this does come true that had the auto bailout not happened, Ford's supply chain would have been hosed, and they would not be on this list any more than GM or Stellantis. Might have even been tough for Tesla and Rivian. But frankly, I have a hard time seeing GM being knocked off this list unless there are major technical and quality failures with Ultium. Stellantis is a slightly different story; for the US market they propose to convert from gas to electric in a single cycle, from 2025 to 2028. That's a monster rate of conversion and I have to wonder how they pull it off, considering issues ranging from dealer networks to the very slow rate of rollout of charging networks by all providers, even Tesla and especially everyone else. And does this mean Honda, Toyota, Nissan, Subaru and others with plants here also bail? That seems doubtful in the current policy environment.
Sach wrote on June 7, 2022 - 9:56am Permalink
I respect Sandy but he has it backwards as to the survivors. Let's ignore the elephant in the room, Toyota. Toyota's solid state EV battery technology for which they have lots of protective patents, if it performs to the claims made, will make mush of Tesla's and Rivian's battery technology. It's not vapor ware either, with a pre-production model planned for next year. There has to be this revolution in battery technology for widespread adoption and to somewhat reduce the amount of new electrical grid/plants that have to be built in the future.