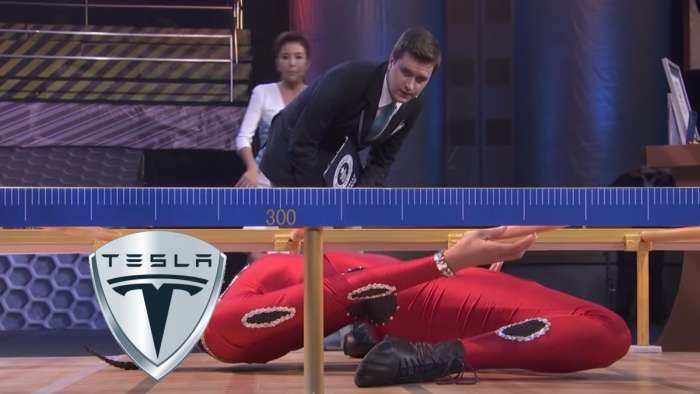 How Low Can Tesla Stock Go?

We've seen a dramatic shift in the market over the last month and all indexes and most stocks are headed down in value. Tesla has lost 25% of its value since its all time high and there are those that think it could lose another 25%. Let's see what could happen in the future.
Advertisement

A Macro Driven Market for Tesla and All Stocks

The biggest concerns right now in the market are the FED in the U.S. raising interest rates. Why is this? Because the economy and stocks are largely driven by interest rates - as is real estate. When rates are low - as they have been for a few years now, people can borrow at extremely low interest rates to buy homes, borrow against their stocks, for car loans, for anything requiring money and a loan.

This heats up the economy and causes inflation because so much purchasing power becomes available. If someone owns 1,000 shares of $TSLA stock and the price is $1,000, a brokerage will allow that person in a low interest rate environment to borrow 50% of that stock and take out a low 1.5% interest rate on 500,000. That 500,000 can then be used to buy more stock, which can then also be borrowed against, and so on. This causes stock prices to inflate and increase more rapidly - especially growth stocks who borrow money to make their company work in the early stages.

It also allows for the purchasing of homes at an extremely low interest rate, which causes the demand of homes to go up. When your monthly payments are lower, a home becomes more attractive - or a rental. It doesn't really matter though because the pressure of buying causes the prices of homes to inflate as well. This inflation then causes even low interest rate homes to become difficult to buy.

When the inflation starts to get out of control, enter the FED, who has to do something - otherwise runaway hyper inflation will set in as people try to buy up everything in sight and take on as much debt as they can at low interest rates. The FED, therefore, HAS to raise interest rates overall so that it becomes more costly to take on debt, buy a home, or take out a loan against your stock.

How Is Tesla Affected?

The good news is that even though Tesla stock is getting sold off just like all the other stocks and assets in the market right now, the company as a whole is neither impacted by low interest rates or high interest rates. Right now, you can get a car from Tesla at a 2.49% interest rate. Is this high or low compared to other auto makers?

According to BankRate, auto loans for 5 years will gradually increase to about 4.4% this year. That's almost double what Tesla is charging. I'm going to be watching Tesla's interest rate on their cars throughout the year to try and keep a pulse on this. But every time I've looked, it's been a 2.49% interest rate.

Tesla is being affected right now because of the panic in the macro market. That means large institutions are trimming their stock positions because they are too afraid to take on risk with interest rates likely going up. How much could Tesla get affected? I think Tesla can go down another 15% at least. That would take it to $746 per share. If it loses another 25%, that would take it to $621 per share and make it the most enormous bargain of the century.

Tesla has margins 3x those of traditional auto makers, who are burdened with additional debt while trying to transition to EVs (electric vehicles). Tesla has software and services and an energy business, along with insurance. There's many things that make Tesla an exceptional company, the least of which it continues to grow at a staggering rate.

Revenue is growing at almost 60% year over year and net income, almost 400% year over year. And this is with EV adoption at only 7%. The future auto market for Tesla is huge, along with energy.

I think Tesla could very well get to the low $800 range, but any further than that and we have some SERIOUS economic issues going on. This isn't financial advice, but if I see Tesla get into the $700 and $600 range per share, I'll be doing some buying in VERY large amounts and taking on debt to do so.

Will Tesla stock keep getting affected by the macro environment? What if Tesla has an amazing Q4, 2021 earnings call next week?