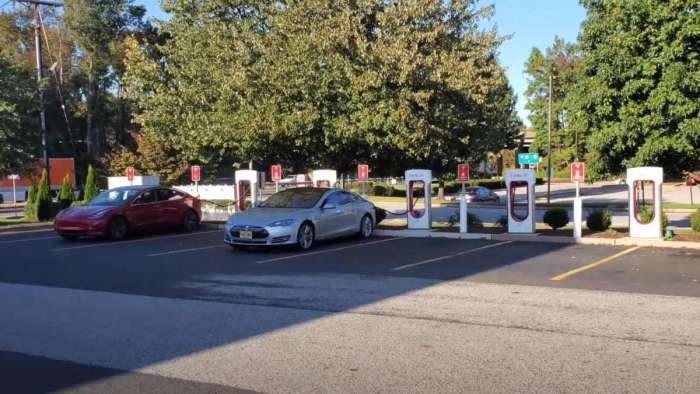 Comparing a Traditional Car to a Tesla

Comparing a Traditional Car to a Tesla

We have a video from Warren Redlich who compares his friend's experience driving and using a Tesla vehicle compared to what it's like to own a traditional car. Let's find out the differences.

When you own a traditional car, each version of the car will not be much different than the previous version of the car. There might be a few subtle changes, but for the most part, a customer who is used to an older legacy car won't have to deal with much change.

A Tesla will be much different. There is constant improvement and change in the vehicle and software, just like with a smart phone. Those who don't like change may find themselves frustrated with the constant change in a Tesla. Those who embrace change and improvements will likely love a Tesla.

The difference Warren's friend saw was that they didn't like having to stop when the car said it had to stop. You can fill up a gas car in 5 minutes pretty quick, however, a Tesla will take around 15 to 20 minutes to charge. His friend didn't like that too much.

If you can plan your food or shopping around going to a Tesla supercharger station, it won't be a very big deal to go charge there. There are a variety of places you can go to charge your car that Warren went to - Wawa's, Bucky's, and other places make for good locations.

Many people seem to want to have things the way they were and they struggle with the transition to a Tesla and electric vehicle.

Warren says the reason this matters is that from a demand perspective, someone who is steeped in a gas vehicle may have a harder time converting to a Tesla, charging, and holding on to the old ways. Tesla most likely won't convert those kinds of people.

Tesla will produce about 1.5 million vehicles this year of about the 75 million vehicles sold world wide. In the next couple years, Tesla may reach 5% of the U.S. market. This means they don't need everybody. Tesla also doesn't have a demand problem.

The amount of people not willing to adopt the Tesla way of life could be between 10 to 30 percent, says Warren, and Tesla won't be able to produce enough vehicles to grab 50% of the market anyway. Only when Tesla gets to about 20 to 30 million vehicles a year will this start to matter. Then a demand problem could come to fruition.

Young buyers are very quick to adopt a Tesla vehicle. One of Warren's kids drives his Model 3 on a regular basis and absolutely loves it as an upgrade from his VW Passat.

Tesla has some major problems in scale to reach 20 to 30 million vehicles per year produced and demand is not the problem. There will be some people that won't adopt the Tesla way of life.

Most Tesla's are Nickel based and should be charged around 80 to 90 percent full. However, my Model 3 RWD will be different and I'll be able to charge to 100%. I expect to charge around 240 to 250 miles of range used at the most - more if I drive really conservative.

What do you think about a traditional car experience instead of owning a Tesla? Would you buy a Tesla instead of a car?

For more, see this video by Warren Redlich: