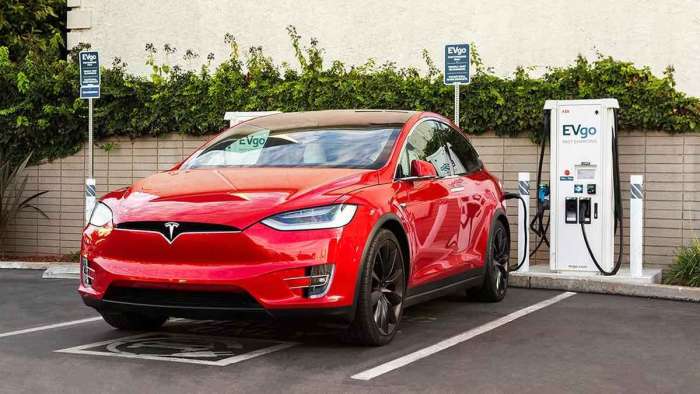 Tesla has plans to build the world’s largest supercharger station. It will be stationed halfway between San Francisco and Los Angeles off interstate 5.
Advertisement

Tesla has a 72-stall charging station in Shanghai China. This supercharger station is supposed to beat Shanghai’s in size by carrying 100 stalls. Tesla applied to build these new superchargers over a month ago but the announcement is picking up steam now as the potential start date of construction inches closer.

Where the Superchargers will be placed

A Tesla Supercharger station is already there

There is already a Tesla Supercharger station here which has 18 stalls to plug a Tesla into. Tesla wants to ramp that number up to 100 total stalls. Despite the fact Tesla already has superchargers here, they had to take it up with the county and apply to add more charging stalls. The application is now under review by Fresno county. The 82 new superchargers will have a capacity of 250kW which is more than double the kWh offered at the Shanghai Supercharger station.

Tesla wanted to build a battery swapping station at Harris Ranch, but those plans never materialized. This battery station would have enabled drivers to swap an old battery for a new one on their car.

There have been some conflicting reports on how many chargers are planned. Most reports say that 100 chargers were planned, and one report said more than 100. Regardless of the eventual number of chargers that are built, Tesla could try to incorporate a section of this area to charge the Tesla Semi. This shouldn’t be too hard to do because Harris Ranch already has a parking area for Semi trucks.

One of the main takeaways of this news is that Tesla could probably look into building more superchargers at areas where tourists go. This could be at rest stops, but also at resort hotels. Just over a week ago, Musk tweeted about plans for Tesla to build a 50’s themed supercharger station in Santa Monica, CA.

Other ideas for Tesla

At this point Tesla could just start building their own Tesla themed hotel chain. However, the hotel chain idea may not be something Tesla does so soon. There is a more practical idea. Tesla should partner with existing hotels. Tesla should then supply these hotels with cars from their fleet. Hotels guests should be given the option to either be chauffeured in a Tesla or drive one themselves. A hotel on Cape Cod called the Chatham Bars Inn has a program like this with Lexus. The program is popular with the guests. Tesla may be well served to involve themselves in such a program.