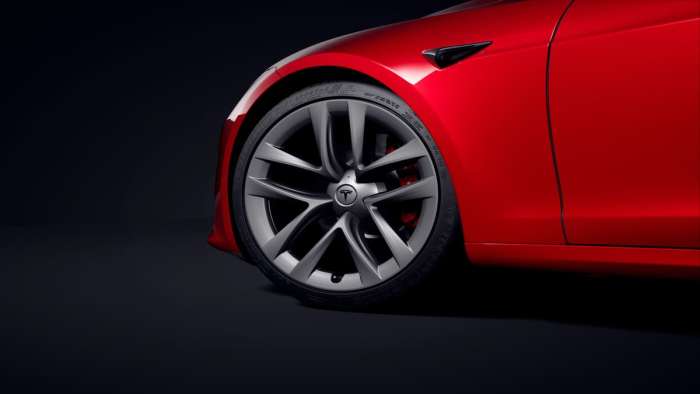 There have been calls for Tesla to have a news outlet. This isn’t a bad idea, but there’s an even better way for Tesla to relate their fanbase. A reality show might help Tesla with their PR.
Advertisement

The calls for a news outlet came recently, but are now even more relevant since many believe the media is jumping to conclusions in the wake of a Model S plaid catching fire. One thing Tesla could do to combat the bad press is to have a TV show that captures how the brand functions on a day-to-day basis. A huge company like Tesla has so many different parts, but some of the most important things to include are the production processes of the cars at the factory and behind-the-scenes footage of Elon Musk and the other important players who help make big company decisions.

How a Tesla show could be filmed

A camera crew could film Tesla for a year. There could be 12-15 episodes per season. Each episode could capture a few weeks of Tesla’s operations. Various scenes throughout the episodes would have time stamps.

The camera crew would have to know what to film and when it is best to film. The show would cover Elon Musk and other top staff at Tesla. The show could give a glimpse into Elon Musk’s home life in the tiny house he lives in. It would also be important to show the tense moments at business meetings and/or on phone calls when it seems everything could fall apart. It would also be great for viewers to get a perspective from those who work inside the Gigafactories on what it’s like to work with the latest technology that gets put into every Tesla.

Why a Tesla show could be successful

There are some logistical hurdles to climb as of now, but a well thought out Tesla show could do very well. It should not only be entertaining but also informative.

For example, 2021 would have been a great year to film Tesla. There could have been a lot of focus on the construction of these Gigafactories as well as a deep dive into the planning of expected new releases like the Cybertruck and Semi.

If you want some idea of the type of show this could be, think of the shows that go behind the scenes of a college or professional sports team. For example, the NBA had a show called The Association where a team was filmed for one full season. The show covered practices, games, locker room disputes, coaching struggles, and much more. This show gave viewers an up-close look of the preparation that went into games.

Tesla could do the same thing. They could show the hard work that is required to make a good product. The show should not be all about Elon Musk though he should be a part of it for sure. The show should cover the daily operations in various different departments. Musk had a Space X documentary made about himself which showed the struggles of building a rocket.

Tesla’s opinion on this kind of show is unknown as of now. They might not see the value in doing a show like this, or maybe they will. Doing a show could help Tesla in terms of their PR. Filming for this particular show could maybe take place in Austin, TX and in other places where Tesla has Gigafactories. The demand for a show like this would also have to be gauged. There are a lot of Tesla fans all over the world, but it remains to be seen whether that would translate into good ratings.

Daniel Cappo reports Tesla developments at Torque News. He has had a passion for cars ever since age five when his grandparents let him drive their old golf cart around their property in Upstate NY. He has attended numerous auto shows, and even got the chance to drive a Ferrari California on the track. Ever since Tesla opened up a dealership at his local mall, he's been an avid follower of thir cars and technology. Dan has a B.S. in Public Communication from U Vermont. Follow Daniel on Twitter and LinkedIn for daily Tesla News.

Jimmy Dinsmore wrote on July 4, 2021 - 9:28am Permalink
Holy hell I couldn't imagine how awful that would be. The Tesla internet trolls are unbearable and intolerant. Talk about a biased "news" or fake news.