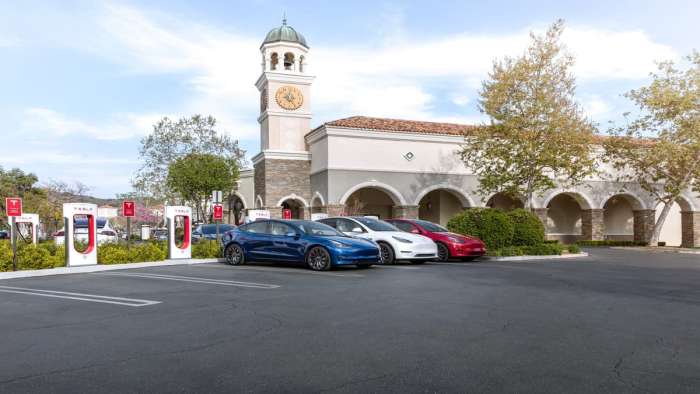 Tesla has signaled that they are looking at going into the restaurant business. This is a move that could work well for Tesla if they do it right.
Advertisement

Tesla has indicated that they are looking at possibly going into the business of restaurants. A similar idea was mentioned in a previous article. Tesla wants to build a drive in type of restaurant at the Santa Monica Supercharger. Elon Musk is envisioning a 50’s diner with a drive-in movie setup.

Tesla files for a trademark

Tesla decided to file for a trademark. They want to use their iconic T logo for the restaurants. This application was filed on May 27th with the USPTO. Musk has been teasing this idea for awhile. Tesla wants to expand Supercharger stations such as the one off of Interstate 5 halfway between San Francisco and Los Angeles. This could create space for a restaurant and/or drive in movie screen.

Tesla could team up with an existing restaurant chain

How Tesla could incorporate food into selling cars

The reality here is that Tesla is still a car company and not a restaurant. They are in the business of selling electric cars. Tesla has a good product to buy, but even the best products need to be sold in a way that will persuade the buyer to invest their money.

Tesla needs to focus on how they can make their showrooms better. They already have good showrooms, but the customer needs to feel like they are at home. Many car dealerships give out water or snacks, but Tesla can take it a step further.

Tesla could easily come up with their own menu, or find an existing entity to partner with. Tesla could serve quality food in their showrooms. This would give the brand a needed boost in publicity and profits. It would also make more people want to shop for a Tesla.

Foods like burgers and fries would probably make the most sense for Tesla. It wouldn’t be practical for Tesla to be serving a $60 filet mignon at their showrooms. ‘Tesla also would have figure out where they could place tables.

Eating in a Tesla showroom

Tesla might want to have a system where you can’t just go up to the counter and order. The food would be distributed to those who first show an interest in actually buying a Tesla. A system where anyone could come and eat in a Tesla showroom might make Tesla more money but would attract people who have no interest in buying a car. This is a worthy debate to have. Tesla may also want to have the tables be off to the side and away from the showroom floor